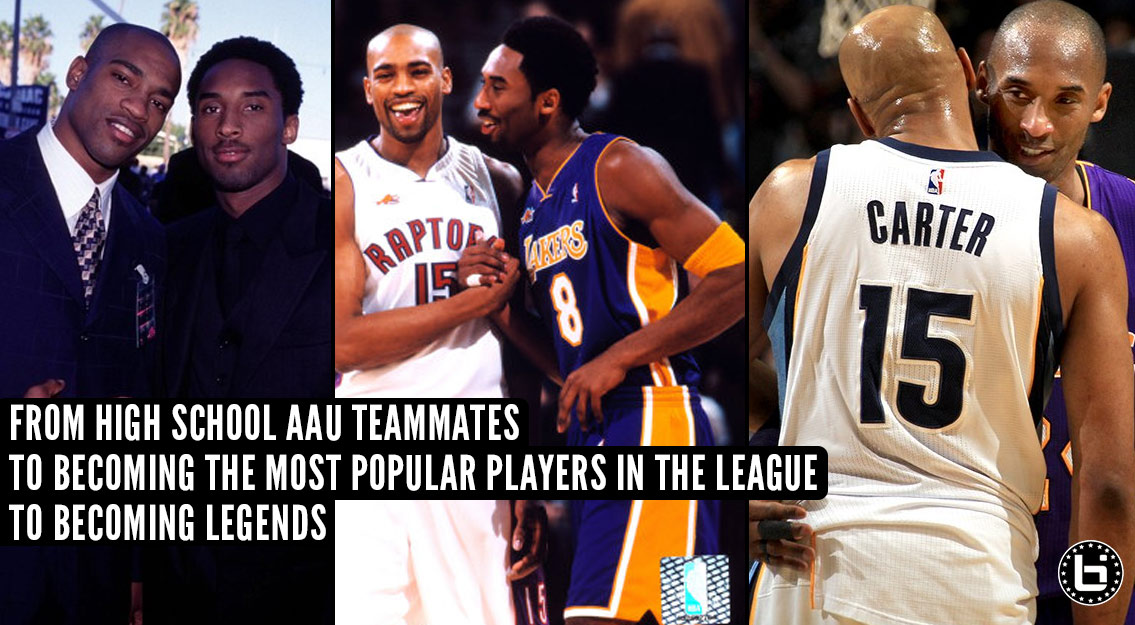 22 years ago, Kobe Bryant, Vince Carter and Tim Thomas were considered the top 3 shooting guards in high school and they were also teammates on the great Patterson New Jersey AAU team. At that time, Tim Thomas was leaning towards jumping straight to the league, Vince was leaning towards becoming a Tarheel over a Gator or Seminole and Kobe Bryant was thinking about remaining teammates with Vince and joining him in North Carolina. Tim ended up college and Vince ended up going to UNC without Kobe as he made the wise decision to join the NBA and ended up in LA.

A few years later, Vince entered the league and soon after the two former teammates and best dunkers in the league also became the two most popular players in the league: Carter led the All-Star game in votes in 3 out 4 seasons between 2000-2004 – Kobe was the leader in the 1 game Carter wasn’t.

Carter remained a fan favorite for 4 more seasons as a member of the New Jersey Nets, but his seasons were ending with short and/or heartbreaking playoff losses while Kobe was making multiple trips to the finals and won 2 more rings during this time.

In the past half decade, Carter has mainly taken on the role of a journey man – a very well-liked and valuable journeyman – who likes to “turn back the hands of time” every once in a while, while Kobe has spent his past 3 years overcoming career threatening injuries on a struggling LA team.

On Wednesday, Kobe and his farewell tour made a stop in Memphis and the two former high school teammates played against each other for one of the last times (the Lakers and Grizzlies play each other 2 more times during this season) in a NBA game.  Carter finished with 9 points on 3 of 6 shooting while Kobe finished with 13 on 5 of 14 shooting; the best of those 5 was a vintage fadeaway jumper over Carter.  The two ran down the court laughing in what may be the last great image we have of the two legends together.


KOBE AND VINCE CARTER THROUGH THE YEARS 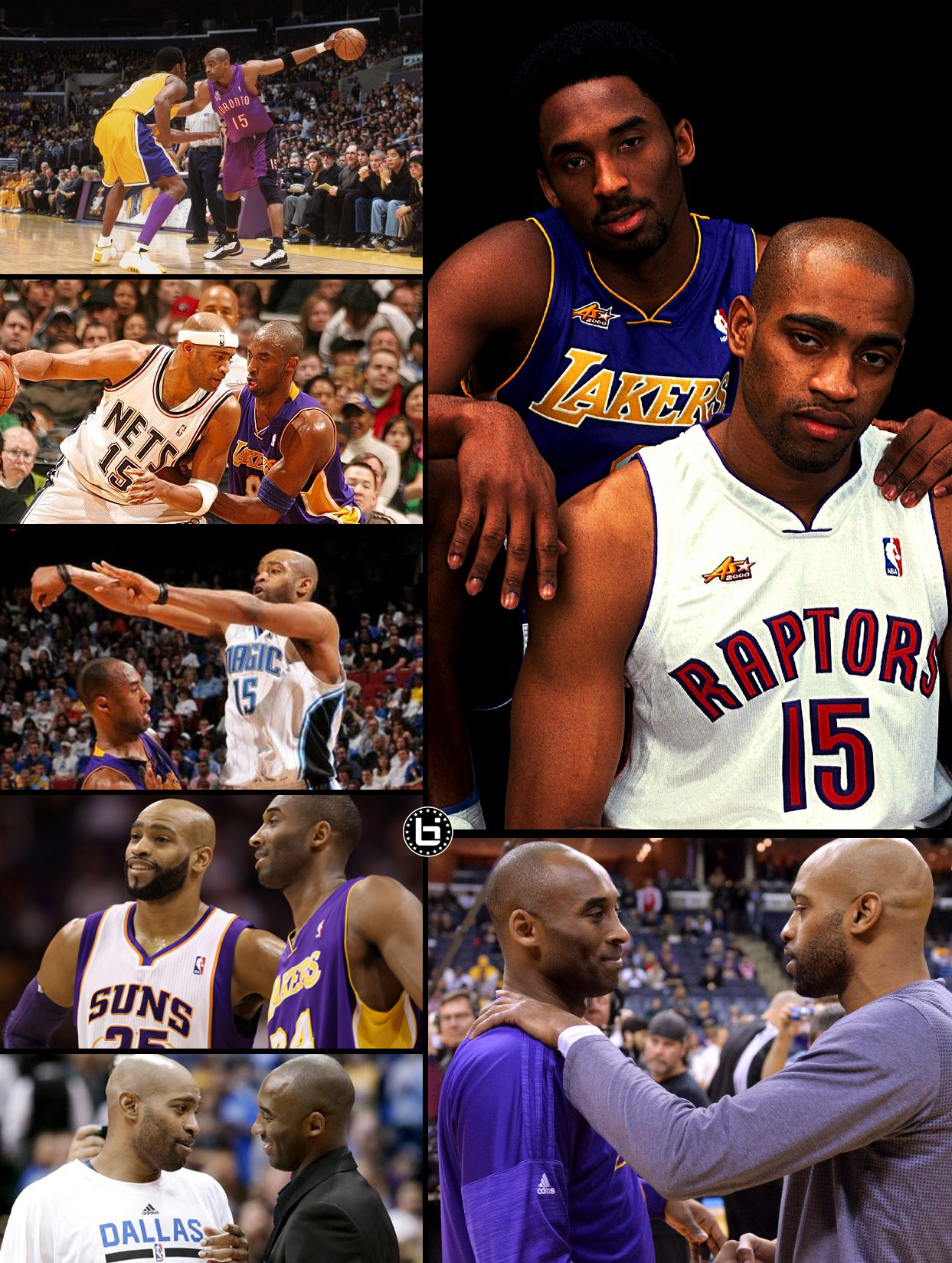