There’s been a lot of great “What if” stories in the career of Michael Jordan and you can add playing alongside Kobe Bryant as the latest entry.

A long time ago back when arguably the most unstoppable duo of all-time were ready to kill each other off the court.

“The challenge had been thrown down upon me, of not being able to win without Shaq. A public challenge never really bothered me too much, but he made a couple of comments as well. I think he called me Penny Hardaway Part 2 or something like that. So that’s what [ticked] me off,” Bryant said. “Then it was like, ‘Listen, you know the step back that I took to help us win championships. Let’s not get [expletive] confused. I can dominate on my own. I decided to stay here and win championships and sacrifice MVPs and scoring titles and all that stuff.’ So once that was said, it was like a line in the sand now.”

Wizards owner Abe Pollin also had his line in the sand with Michael Jordan and the next thing you know, Jordan’s gone again and Kobe remained a Lakers with thoughts of “what if?”

“We would’ve put together a great team and we would’ve won championships. Listen, man. There are not a lot of players in this league that say, ‘Come hell or high water, we’re going to get this [expletive] done.’ People can look around and joke around about winning, saying they want to win. For me, it’s a matter of life or death. It was that important to me. And if it’s that important to me, I’m going to get there. 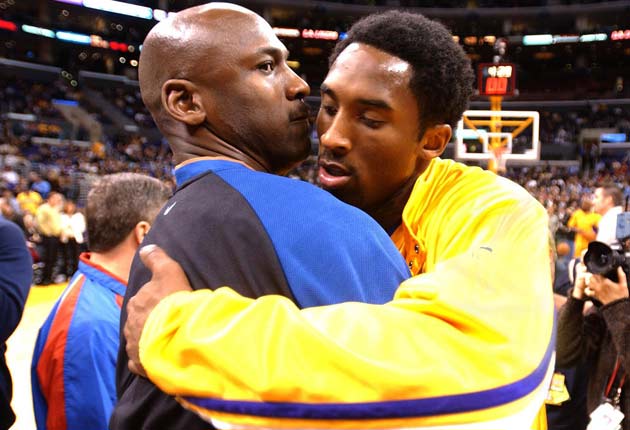 WHAT IF MICHAEL JORDAN, DREXLER & HAKEEM WERE TEAMMATES My favorite “what if” Michael Jordan story is the story of The Big 3 that didn’t happen on draft night.

According to Hakeem in his biography, the Blazers offered the Rockets the #2 pick and Drexler for Ralph Sampson.  The Rockets declined and the birth of the “Twin Towers” happened but what if the Rockets would have accepted the trade and for some reason taken Jordan with that pick?  Hakeem, Clyde Drexler and Michael Jordan on the same team.  I’m not sure Air and Glide would have been able to co-exist but I’m sure the Rockets would have been able to get a pretty good supporting player for the best 2 man combo in the league.

That combo never happened but the combo of Michael Jordan and Scottie Pippen eventually did and I don’t think the Bulls have any regrets about what they did on June 19th of 1984. The 3rd pick in the 1984 draft belonged to the Bulls and this is where the biggest “blunder” in draft history was almost made.   The Bulls only selected Jordan because the top two big men were gone and they were unable to trade the pick that would be Jordan for centers Jack Sikma or Tree Rollins.  There was even a 3 way trade involving the pick going to the LA Clippers for Terry Cummings that fell through a week before the draft.

WHAT IF THE BULLS TRADED PIPPEN FOR SHAWN KEMP

“I could have played with Shawn, but I wouldn’t have been as comfortable as I was with Scottie.” said Jordan about the rumored trade in 1994 that would have sent Pippen to the team that drafted him for Shawn Kemp, Ricky Pierce and an exchange of draft picks. You might be thinking why would the champion Bulls send one of the best players in the league for the Reign Man but it was the Sonics who killed the deal.

WHAT IF MICHAEL JORDAN BECAME A KNICK 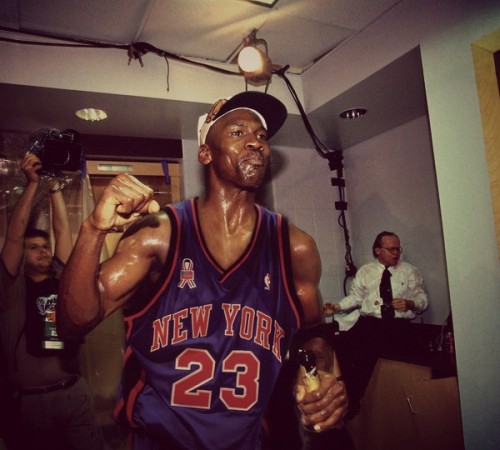 I never took this story that seriously but during the Summer of 1996, free agent Michael Jordan supposedly teased the Knicks with the thought of joining Patrick Ewing in the Big Apple but a big Bulls offer of $30 million in 96 and 33 the following year was just too good to pass up – although the endorsements Jordan would have received in New York might have made up for the difference in money but not for the rings.