Rookie Kristaps Porzingis had his best game of his young career on Monday night when he put up 13 points, 14 rebounds, 3 steals, 2 rebounds and even made a 3-pointer in just 24 minutes against the Spurs.  He also had the highlight of the game when he caught a missed shot and dunked it on the back of LaMarcus Aldridge and then did his best Shawn Kemp scream as his shocked teammates prevented themselves from running on the court in celebration.

“He was impressive,” Tim Duncan said. “He is a young guy, but his skill set is there.”

The impressive performance also received some high praise from teammates.

Before exiting the game with a strained neck injury, the 20 year old did show his young age and inexperience in the the 4th when he committed back to back turnovers and was called for a goal tending call.  It was a questionable call that he might start getting in the future when games like this become common. 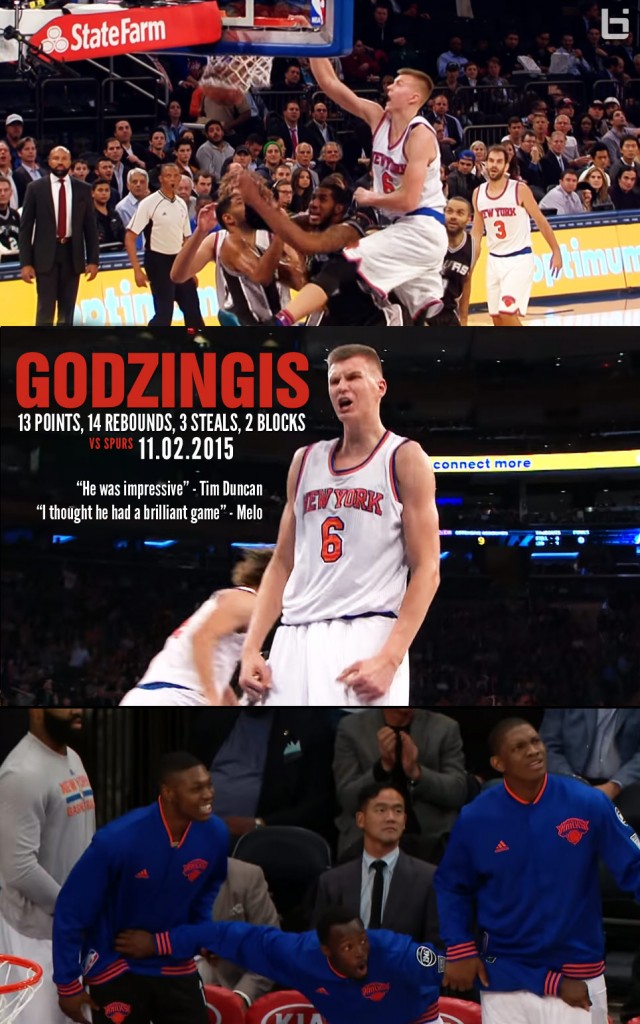