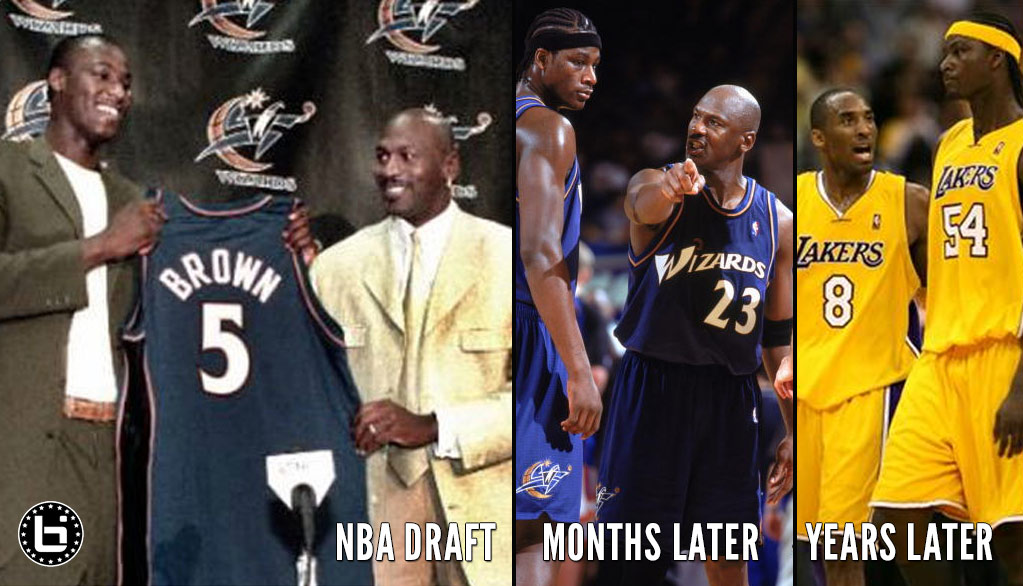 Is Kwame Brown the worst #1 pick ever? For that consideration, it means he was a bigger mistake than Sam Bowie over Jordan. Bigger than Olowokandi over Paul Pierce & Vince Carter or bigger than Greg Oden over Kevin Durant!

Enough said. Let’s give him the title.

But to be fair, like Kwame the rapper before Biggie destroyed him with a single line, Kwame Brown was a beast in his teen years and had his moments in the NBA. So let’s revisit some of those good moments….and then the not-so good moments.

LAKERS: KOBE TELLS A STORY ABOUT PLAYING WITH KWAME

BOBCATS:  SJAX TELLS HIM TO SHUT UP