With Jeff Teague still on the sideline, Kyle Korver was huge in Atlanta’s victory over the Rockets on Saturday night. He scored a game-high 22 including 7 points late.

“We’ve had a nice start to the season, but the season’s only a couple of months old,” Kyle Korver said. “We had a losing record last year. We made the playoffs last year but we won 38 games. So by no means are we like happy with ourselves. But I think we feel good about what we’re building.” 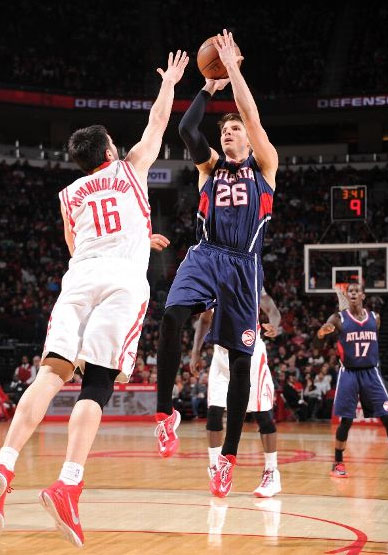