Kyle Korver wasn’t just hot from downtown (5-7 3pt) but he was getting dimes too. The best of those assists can be contributed to Korver’s fear of John Wall’s hops and Korver’s non-hops.

“Well, I was thinking about trying to dunk it and then I saw John Wall,” Korver said, smiling. “I’ve seen too many highlights of him getting blocks from behind. It’s just one of those things where I was up in the air — it wasn’t very long — but it was long enough to know I wasn’t going to get the dunk.”

Korver finished with 19 points and 4 assists in the Hawks 31 point win. 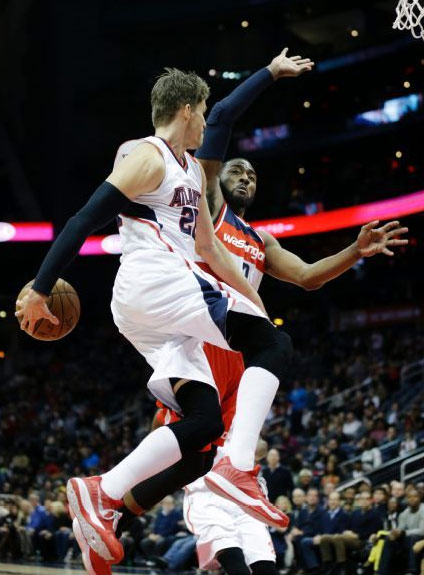