It was only fitting that Kyle Lowry would break the franchises’ triple double record, set by Damon Stoudamire, on a night when they wore the original 1995 purple Raptor jerseys. It was only fitting that one of the league’s most underrated players would have such a big game when playing against John Wall who has been on a recent tear.

As for the ankle breaker, yeah I know Jonas’ foot assisted on the trip but old man Andre was going down regardless. 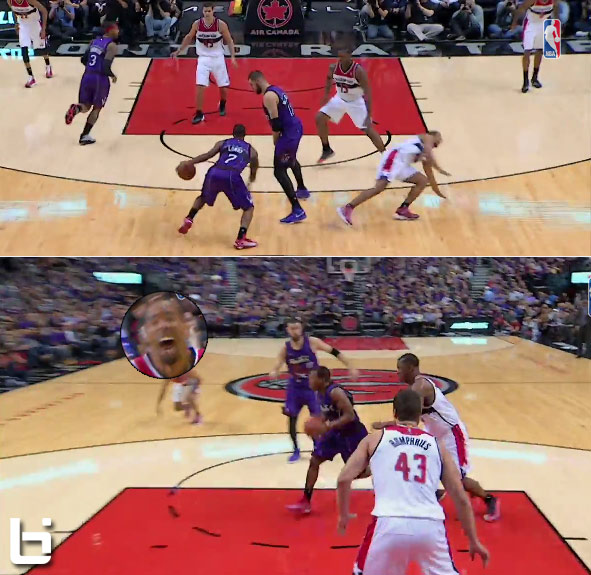