I think there’s a much cheaper way of showing off how well Kyle Lowry can pass than by having him throw basketball at Drones.

Sport Check followed up their Vs Drone video with hockey player Steven Stamkos with a video featuring a slimmed down Kyle Lowry doing the same.  In this vid, Kyle warms up with some traditional target nets before playing target practice with some flying drones. Then came his hardest challenge when he threw a no-look alley-oop to Anthony Bennett. You might be thinking the pass wasn’t that difficult and it’s not but he’s throwing the lob to Bennett who isn’t exactly Blake Griffin or Shawn Kemp.

Jokes aside, hopefully All-Star Lowry can help Bennett become the player the Cavs hoped he would be when they used the first pick in the draft on him in 2013. 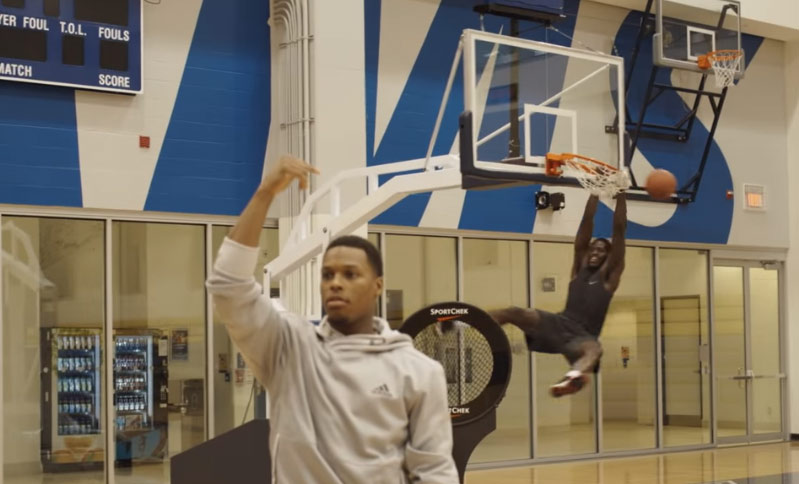