Kyle “Slow-Mo” Anderson, the 30th pick from the 2014 NBA Draft, scored 22 points, grabbed 8 boards and was rewarded with the Summer League MVP award and a trip to the 2015 Summer League Championship game after beating the Hawks 75-68 on Sunday. In 6 SL games, the UCLA product has averaged 22 points, 5.8 rebounds, 1.5 assists and 1.3 steals.

Whether they win the SL championship or not, the Spurs must be pretty happy about their Summer (understatement!). Besides resigning their vets and acquiring FA’s Aldridge and David West, the players just looking to make the Spurs regular season roster were good enough to beat out a bunch of teams full of young, fast and athletic lottery picks. 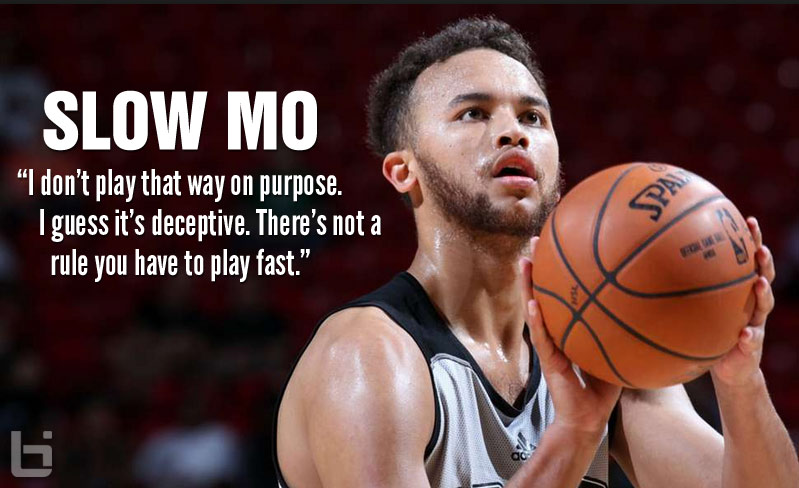