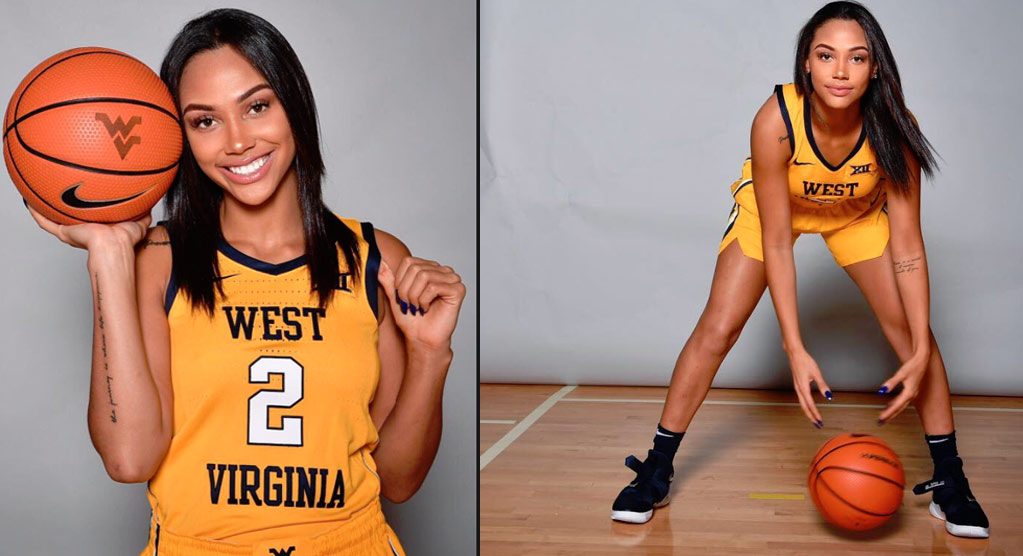 You might have seen this tweet or these pics of 5’9″ West Virginia guard Kysre Gondrezick on one of your social media feeds over the past few days. The honest truth is, her good looks is the main reason she ended up on your feed. What many of you don’t know, is how great her game is and why her name might become a regular on your feed.

In 2016, she won Michigan Miss Basketball after averaging a ridiculous 40.5 points a game for Benton Harbor and becoming the first girl in state history to average over 40 for a season. The highlight of that season was when she pulled a Kobe and scored 72 of her team’s 80 points (49 of the team’s final 51) in a double-overtime victory in the district playoffs. She made 27 of 54 shots and missed 17 of her 27 three-point attempts but did make a three to force the second overtime and the game winner.

“I can’t remember half the shots I made,” Gondrezick said to MLive about breaking the Michigan high school single-game record. “I was more happy about the win more than anything else.

Here are the highlights from the game so you can see how she got it.

After the spectacular senior year that also included being named Class salutatorian, she took her talents to the University of Michigan, where she led all Big Ten freshman in scoring (14.9) and was named Big Ten freshman of the week six times.

For “personal reasons,” she left the team during its postseason run and later transferred to West Virginia. Due to NCAA transfer rules, she had to sit out the 2017-18 season.

She did and is ready to reintroduce herself with her new basketball family.

The Season is getting closer and closer! Great things are in store for @WVUWBB 💙💛 #WVUGuardCrew pic.twitter.com/fMO9VAKZ1D

Speaking of family, I’m assuming there are some great pick-up games at her family gatherings. Her father is former Clipper and Phoenix Sun Grant Gondrezick, who has a brother, Glenn, who was drafted by the Knicks. Her mother, Lisa, won a national championship at Louisiana Tech and her sister, Kalabrya, played ball at Michigan State.

If all that wasn’t enough, her boyfriend is Phonix Suns future star Josh Jackson.