On June 4th of 2000, the Portland Jailblazers almost ended Shaq’s incredible MVP season and prevented a future 3-peat from happening.

It was Game 7 of the Western Conference Finals and the Blazers had a 75-58 early 4th quarter lead on the Lakers. Then the Blazers collapsed as the Lakers scored 15 in a row during a 31-11 run over the last 11 minutes and ended up WINNING by four.

Most LA fans who watched the game will tell you that it was the play of Kobe, Shaq, Brian Shaw, Ron Harper and Big Shot Rob that’s responsible for the comeback. But many Portland fans will tell you it was Dick Bavetta and David Stern. Yes, Sabonis and Scottie Pippen both fouled out in the 4th on some very questionable calls and the Lakers did shoot 37 free throws compared to the Blazers’ 16, but I’m not buying that conspiracy and neither should you.

The only thing you need to remember about this game was this play and the fact that the Lakers would go on to win three straight titles.

“This is what makes champions,”‘ Lakers guard Kobe Bryant said. “We watched Game 7s growing up all the time, and to finally play in one is a real thrill.”

It was even thrilling for the Zen Master, who has been in his share of thrilling playoff games.

“Game 7s are very interesting, but I’ve never seen any quite like that one before,” said Phil Jackson.

UPDATE: In 2017, Shaq said he was pointing at his newborn son, Shareef, after the dunk. This story is really cool to me since Shaq is my all-time favorite player, I remember watching this game live on TV and Shareef just played in our Ballislife High School All-American game last month. 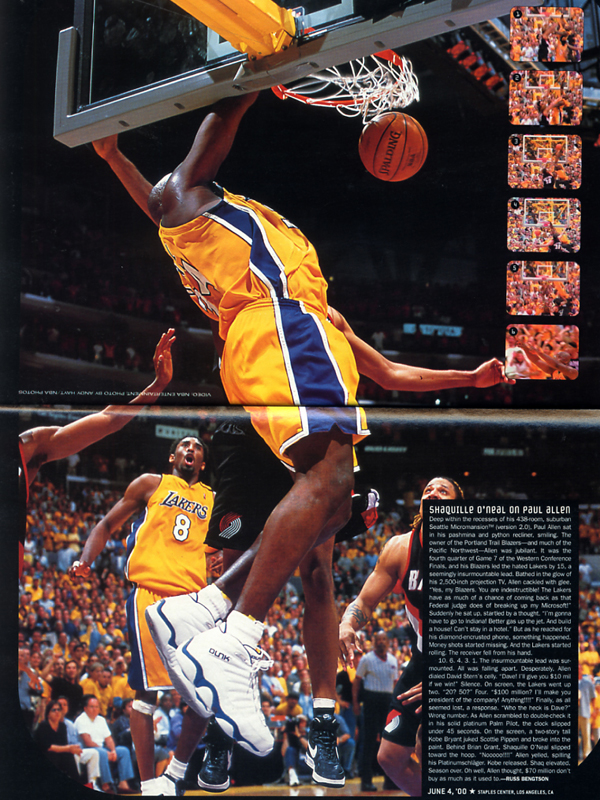 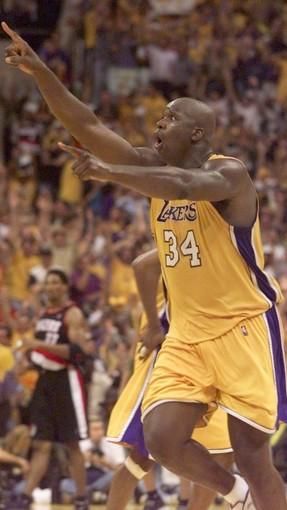 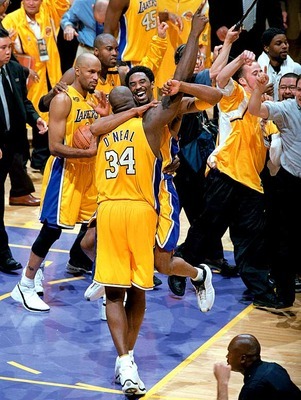 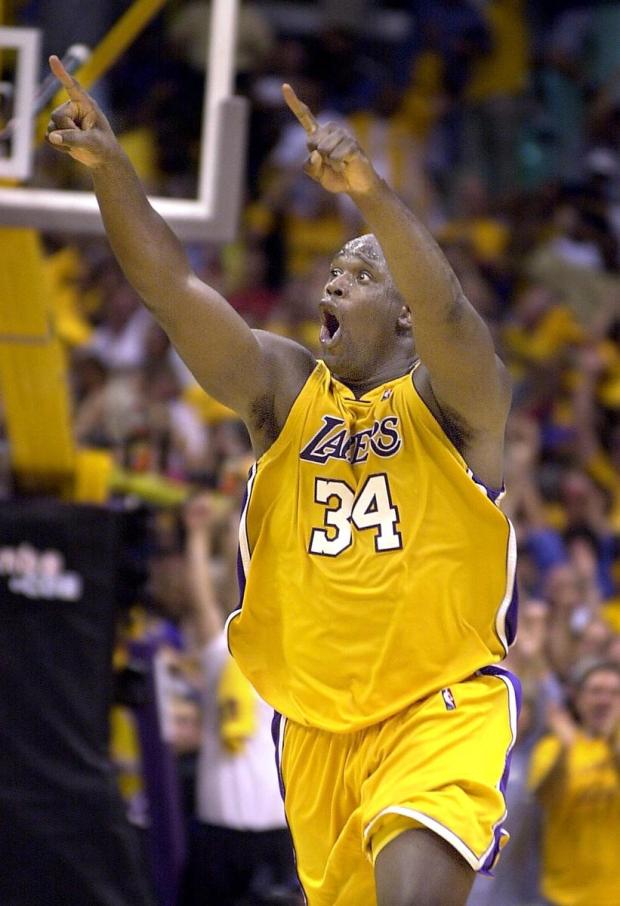 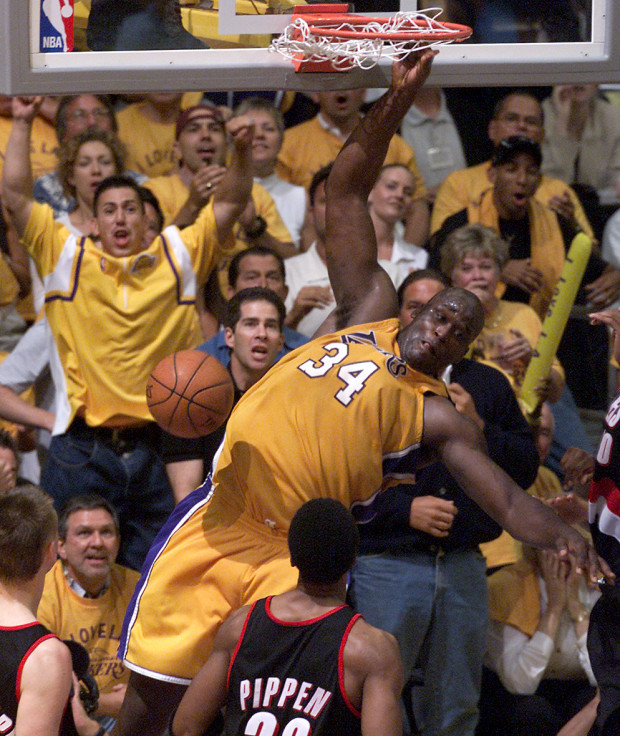