The skyhook – the league’s most beautiful and unstoppable shot when mastered. Lakers’ legend Kareem Abdul Jabbar had it down better than any player in history. Magic Johnson had the baby hook down and will always be remembered for the one he made in GM4 of the 1987 finals against the Celtics. Now current Laker Ryan Kelly is ready to join the masters. Last night he attempted to pay homage to them and….stop the over dramatic music. Yeah, things didn’t turn out so well and now he’s going to be laughed at by another Lakers legend when he appears on the next episode of Shaqtin’ a Fool.

To make things ever worse, that was Ryan’s only shot attempt in the whole game! He did have 2 assists in his 15 minutes of playing time but his highest stat was 3 fouls during the Lakers loss to the Knicks. 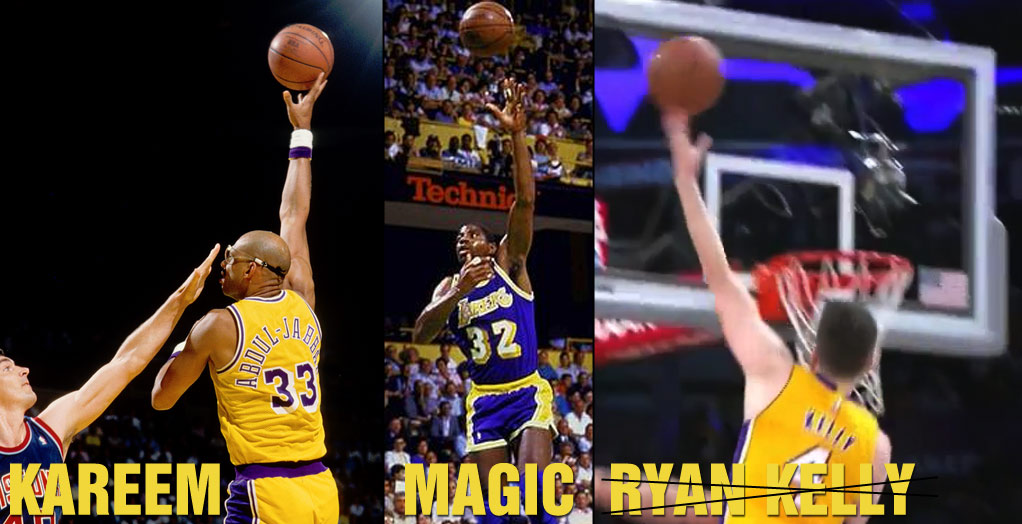