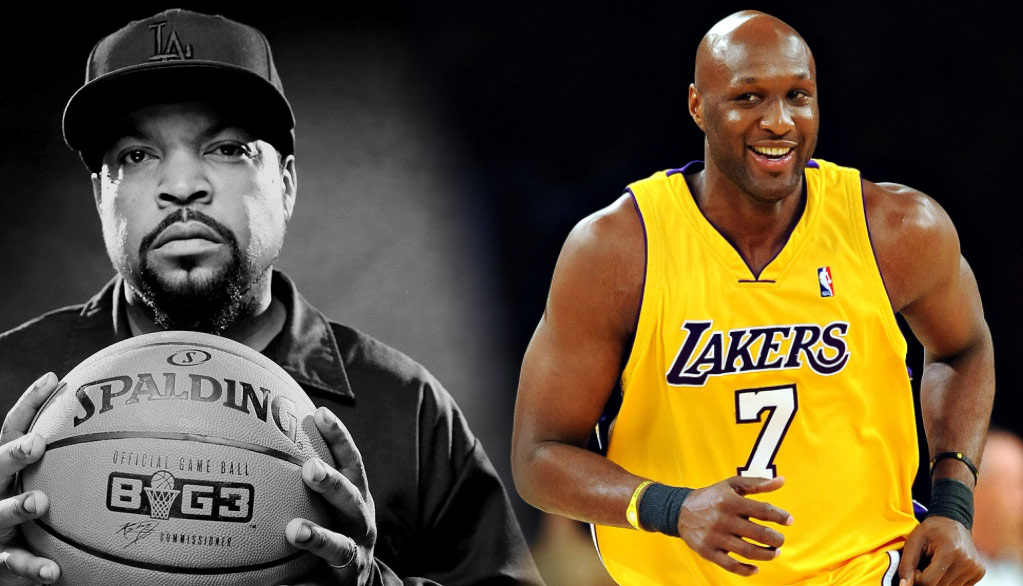 During an appearance on The Big Podcast With Shaq, former two-time Laker champion Lamar Odom gave fans an update on his health, relationship with Khloe Kardashian, future basketball plans as a coach with the Lakers and player in Ice Cube’s Big3 league.

“I’m feeling good.” Said Odom. “I’m feeling real good. I’m just taking care of myself, working out, getting in shape and ready to play in the Big3 next year.”

Last month, Cube said he would love to see the former NBA 6th Man of the Year suit up for the league as long as he’s in shape.

“I love Lamar, I’d love to see him play again,” he told TMZ Sports. “Dude’s just gotta get in shape. If they think they’re just gonna walk off the street onto the BIG3 court, they’re sadly mistaken. If guys get in shape, we’d love to see them play.”

“I don’t like him like that,” Oakley told TMZ Sports. “In life, sometimes you only get but one chance. He’s had three or four chances. I mean, he can play. Talented guy. I’m just saying, I don’t want him on my team.”

Whether the always outspoken Oakley wants him or not, the addition of a former NBA star and celebrity would help generate more interest for the league that is reportedly being sued for $250 million by the founder of the Champions Basketball League.

You might remember the CBL as the post NBA player league that was being marketed back in 2016. The league was headlined by celebrity commissioner Snoop Dogg and players like Kenyon Martin, Al Harrington, DerMarr Johnson, Josh Childress, Mike Bibby, Ricky Davis and the White Mamba. All seven of those players played in The Big3’s inaugural season.

Back to the Candy Man Lamar Odom, here’s a must-watch video on his life’s journey followed by some throwback highlights showing how good a young healthy Odom was.