Late in the fourth quarter of the Spurs 101-97 win over the Raptors, the rejuvenated LaMarcus Aldridge got into a little scuffle with Serge Ibaka. Minutes later, Aldridge drew a sixth foul on Ibaka and gave him a “the old LaMarcus is back” stare. He finished with a team-high 20 points and 8 boards — both are actually season-lows for him.

The real reason why I brought this not-so-exciting altercation up is so I could bring up the infamous 2013 fight between Ibaka and always-ready-to-scrap Matt Barnes. The one that produced this awesome image and (deleted) tweet from one of the real tough guys in the league. Barnes dislikes Ibaka so much, during an appearance on SportsNation two years after the incident, he said he was still willing to fight Ibaka.

When Ibaka heard Barnes comments, he tweeted at Dana White and the UFC asking if they were interested in setting up a fight.

TMZ caught up with Ibaka later that day and asked if he was serious. Ibaka said he would only fight “the comedian” after winning a championship.  I guess we know why they never fought.

Here’s the original broadcast of one of the best NBA altercations in recent memory with some great commentating by Jeff Van Gundy. 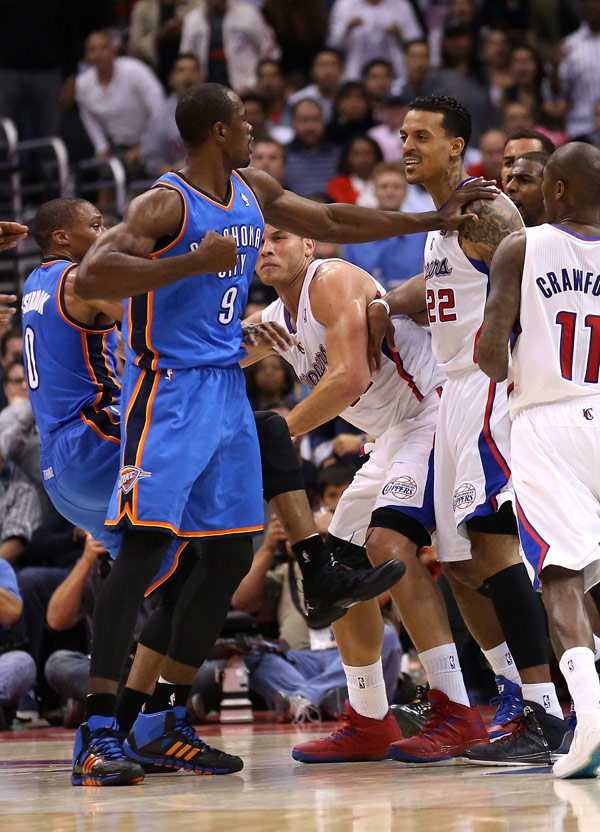 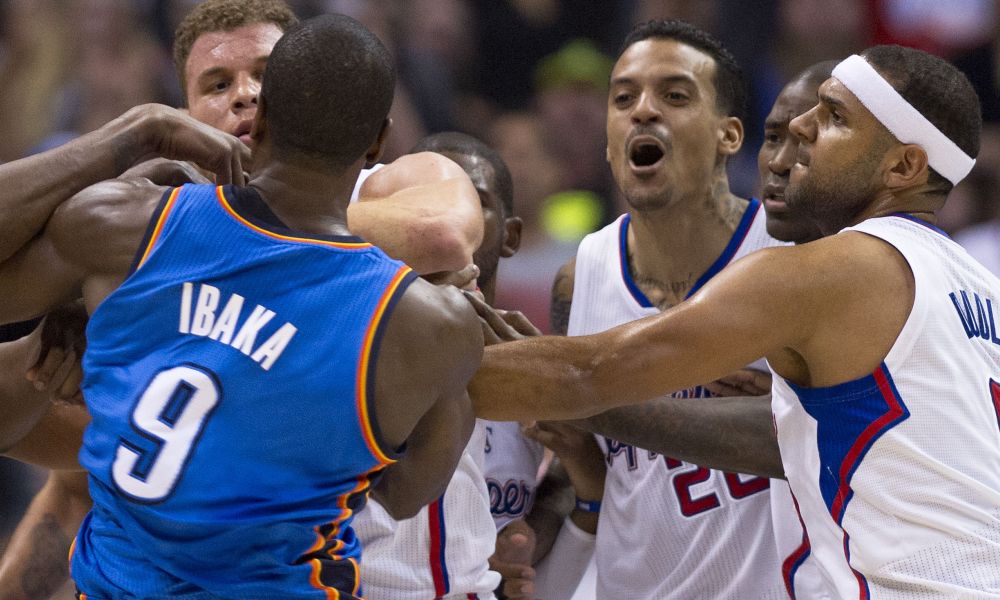 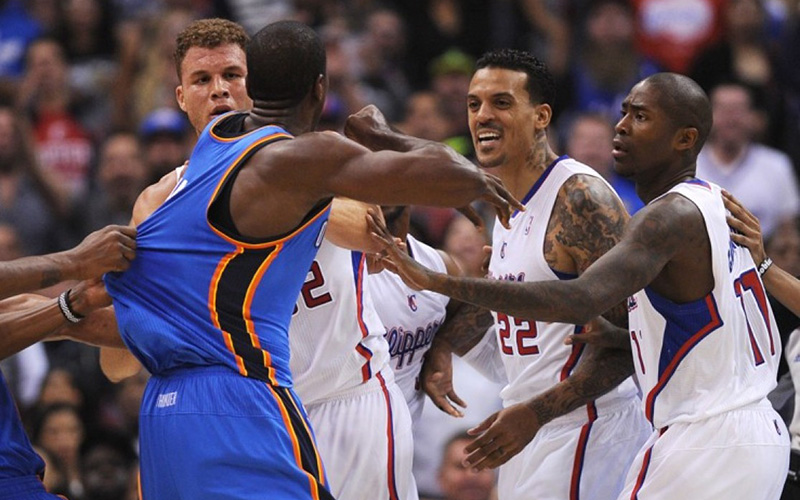