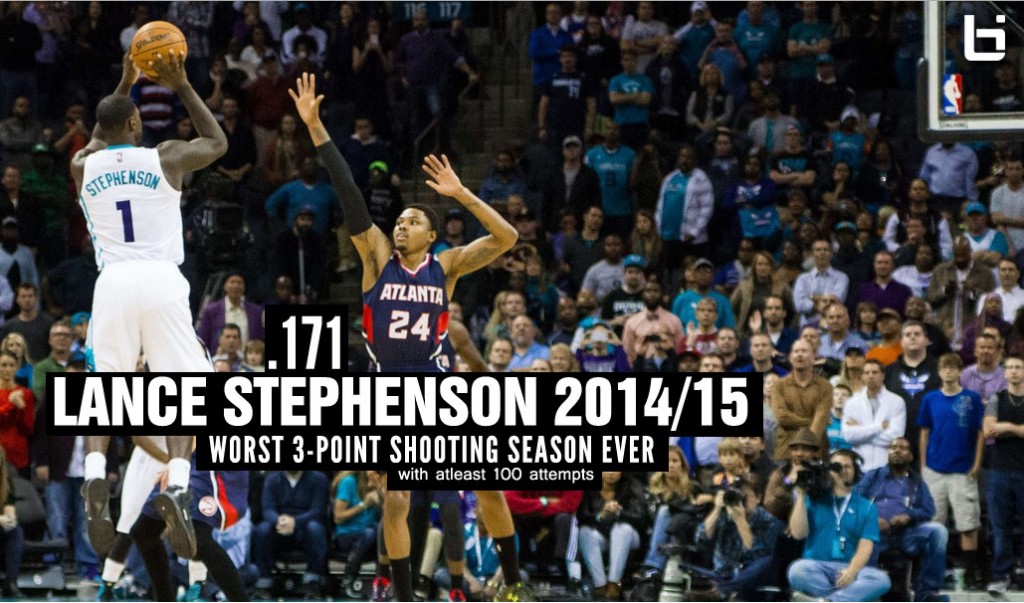 The most buzz worthy story this morning has been a video of Stephen Curry making 77 straight 3-pointers in practice.  It’s pretty amazing and to think that Curry also won the NBA 3-Point Contest and set the record for most 3s in a season this season, you have to say that Curry had the best 3-point shooting season ever.

But like Bruce Willis’ superhero character in Unbreakable, there has to be a Mr Glass in the world if he exists. And that Mr Glass, at least for this season, is Lance Stephenson.

I’m willing to bet that we wont see these type of numbers from Lance next year. Whether he’s still in Charlotte or playing somewhere else where he can get back to being the fun, wild and dangerous Lance we saw in the playoffs, I’m betting on Lance to rebound next year the way his teammates had to rebound his misses this year.

And as for Steph Curry’s video, it’s not 77 in a row, but Lance can hit them in practice too…he just needs Pacers’ shorts.