“That obviously won’t be on ESPN Classic,” Hornets coach Steve Clifford said after his team beat the Pacers 80-71 in OT. The 151 total points were the fewest in an OT game since the shot-clock was introduced.

As sad as that stat is, it’s nothing compared to watching Roy Hibbert flop after a bump by his former teammate Lance Stephenson.

Hibbert also joked about the play after the game.

“He got a lot stronger.” Hibbert said. “It wasn’t anything malicious or anything. He’s a good friend. Please don’t blow it up. Seriously, it’s nothing.”

Besides the flop, Hibbert did put up some nice stats in the loss with 12 points, 14 rebounds and 6 blocks – 1 more than the entire Hornets.  Lance had 13 off the bench and 1 awesome looking celebration on the bench. 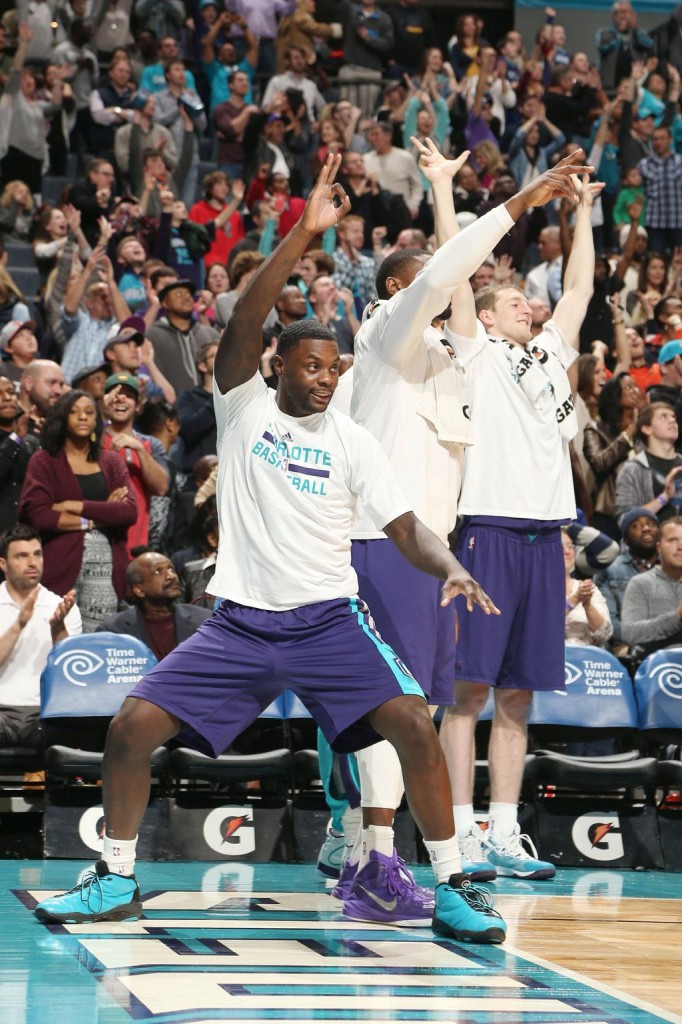 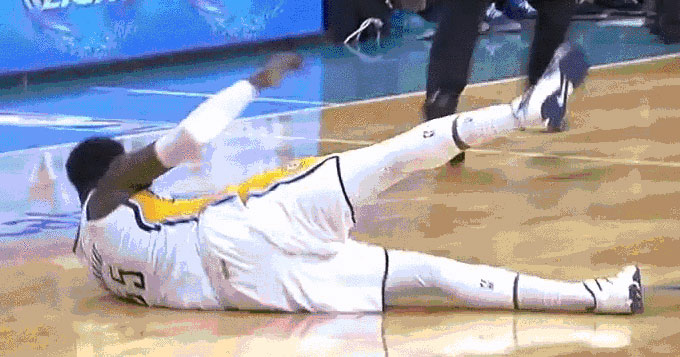 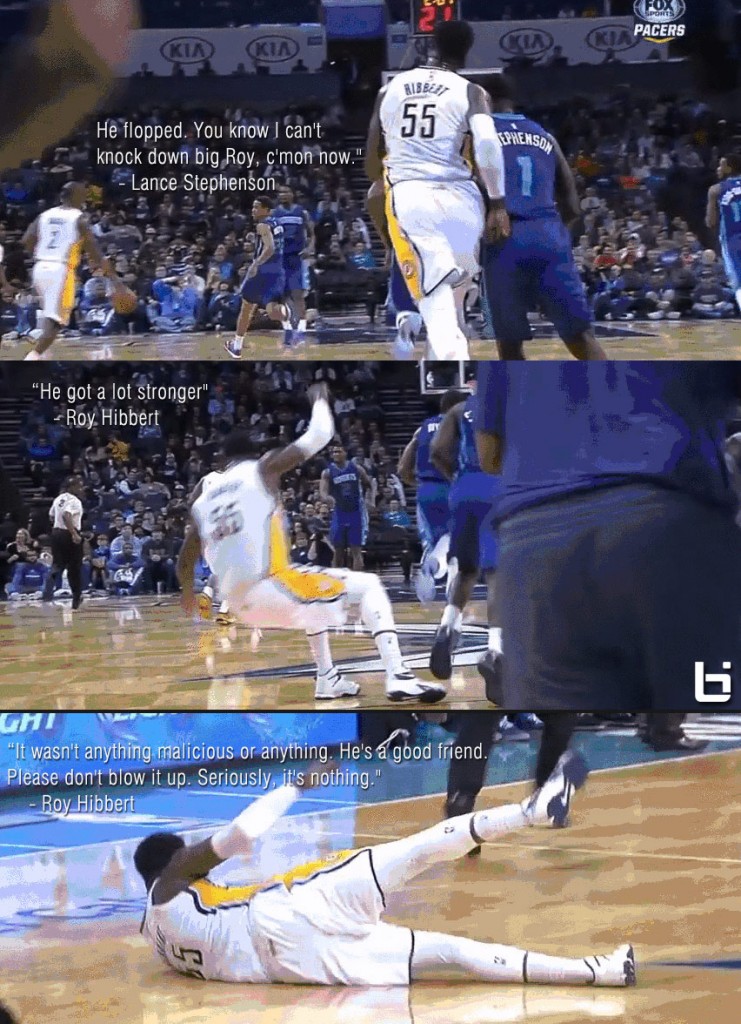