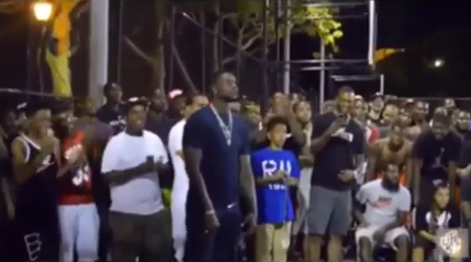 Brooklyn legend Lance Stephenson has had a few classic moments at the annual “Battle of the Bridge” East New York Memorial Classic in the past. He added another this weekend when a fan at Brooklyn’s Gersh Park called out Lance, who was there as a spectator. New York State’s all-time leading scorer in high school basketball suited up for Gersh, went into the game and scored 25 points in 12 minutes against the Under The Lights Staten Island All-Star team.

After the game, UTL team congratulated Team Gersh on Twitter and made sure to point out it only happened because of Lance.

Congrats to Team Gersh on their win, even though they needed Lance Stevenson to beat us…