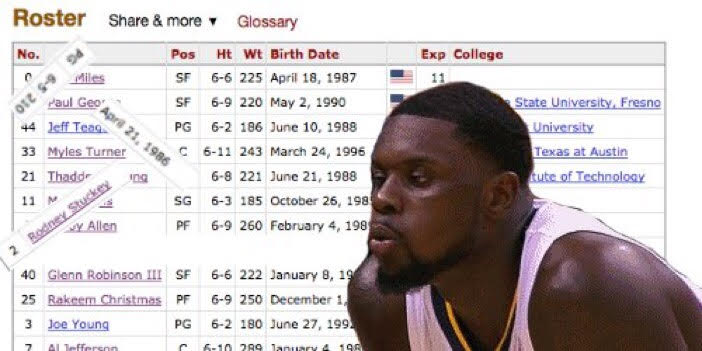 The Indiana Pacers are bringing Lance Stephenson back! The 26-year old has been on a not-so-memorable journey through LA, Memphis, New Orleans and Minny since 2014 and the Pacers are gambling $12 million on him, hoping he can return to that bargain player who used to annoy LeBron James.

In honor of his return, I want to flashback to one of my favorite and not-so-remembered games by Lance.

Back on November 11th of 2013, he had 13 points, 12 assists and 11 boards against the Grizzlies for his first career triple-double. 8 of t hose 12 assists came in the first half and was good enough for a new career-high. The most memorable play from Lance came during the second quarter when he pumped faked the ball in the face of Tony Allen and was hit with a ridiculous taunting tech by a ref.  Lance just stood in shock before laughing about it but his coach was furious with the ref for blowing the whistle on Lance for doing something Michael Jordan used to always do to defenders.

Lance would have four more triple-doubles during his final two seasons in Indy; there’s only been four other triple-doubles by a Pacer since 2010: Paul George (2), George Hill and David West.