Larry Sanders’ last season was cut short when he took an inadvertent elbow to the eye  from James Harden. I’m not saying the now goggle wearing Sanders was looking for payback on the Beard, but on Saturday night when he saw James Harden push his “little brother” the Greek Freak, Sanders was quick to jump in and tango with Harden. Luckily no punches were thrown or players thrown out but techs were given to all 3 players.

A minute later, Harden’s teammate Kostas Papanikolaou did throw down a dunk on Sanders which put a huge smile on the face of Harden.

After the game, Sanders talked about the altercation and trying to defend Houston and Harden who had his way with the Bucks with 34 points and 8 assists.

“It just got a little physical, that is my little brother,” Sanders said of Antetokounmpo. “This is my family. I just tried to come in and talk to Harden a little bit, make sure the situation was calm. It kind of got blown out of proportion a little bit. It is OK. We are on good terms, so it is all good.” 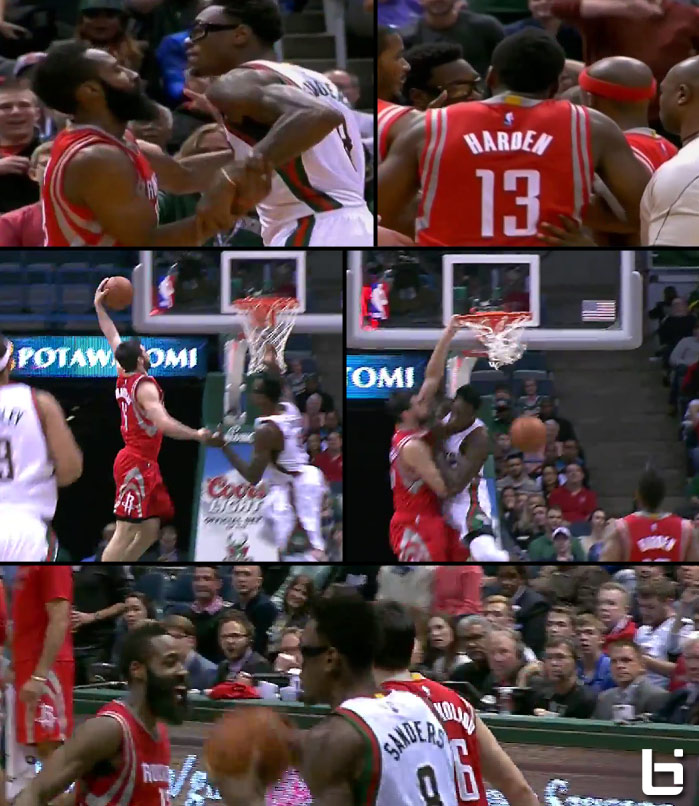