I’m sure most Lakers fans would rather see videos of Julius Randle working on his 6, 8, whatever pack he’s on now. Or Brandon Ingram and Lonzo Ball in the gym, putting on a few pounds of muscle. Or even more videos of Polo Zo dancing after 360 dunks. Sorry, we just have footage of Lonzo’s dad, “working out” in the Lakers practice facility.

Wikipedia has LaVar Ball listed at 6’6 and 320 pounds. After seeing his shirtless appearance on WWE, I’m guessing that’s a little high and outdated because Ball does look like he’s lost a lot of weight compared to how he looked BBBB (Before Big Baller Brand).

As for Ingram, he’s reportedly still growing and has grown an inch or two since last season, when he was listed as 6’9. No news on his weight but he was 190 last year and from the looks of this picture the Lakers posted yesterday, he might have gained a few pounds. 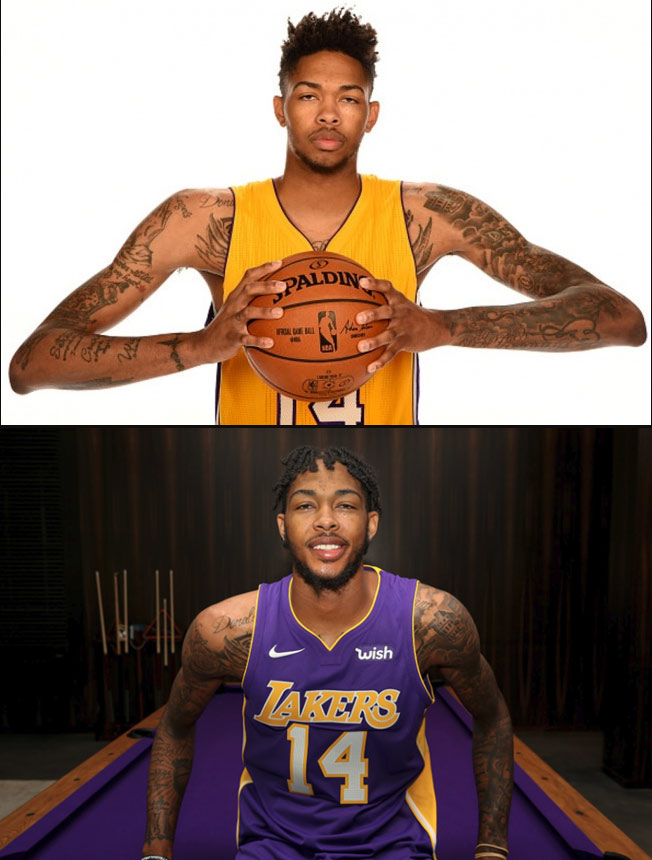