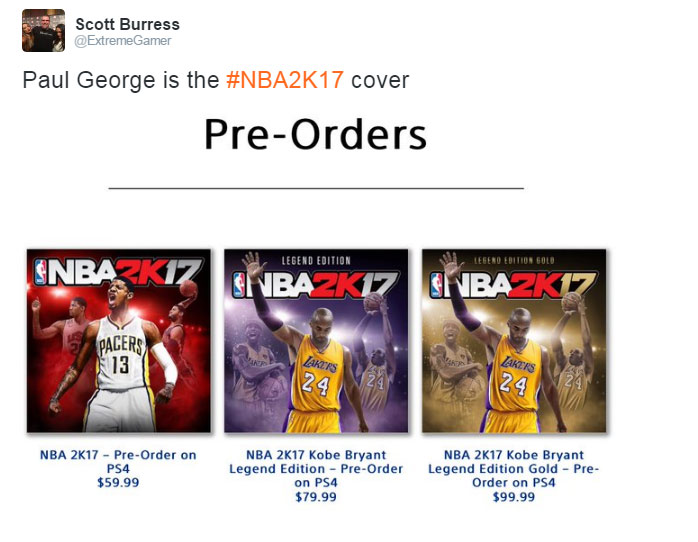 According to a since deleted pre-order screenshot on Sony’s Playstation website, Paul George will be the cover athlete for NBA 2k17. The official announcement comes later today at 5:45 PST during the 2K Road To The Finals Championship but you can bet on the PG13 rumor and leaked image to be true.  If you need more convincing, then watch this official video of the Legends edition of NBA2k17.

Did you notice who the last person in the video was? If you don’t care to watch the video, it’s Paul George.

One interesting thing about that leaked photo is the pic of George wearing a Team USA jersey in the background. Does this mean we will have an Olympic My career storyline?

And if you actually care about the Road To The Finals Tournament or just watch 2K content to watch Rachel DeMita, then here’s a video for you.