For 37 minutes on Monday night, Kyrie Irving treated Dennis Schroder and the Hawks defense like the extras on the set of his upcoming ‘Uncle Drew’ movie. Crossover! Spin move! Unnecessary but totally awesome to watch between the legs dribble! Clutch shots just like a script would be written! By the closing credits, Irving had a game-high 35 points on 14-of-22 shooting, 7 assists and the people of Boston chanting “MVP” and saying, “Damn! That boy looks good in green.”

Meanwhile, somewhere in Cleveland, LeBron James was turning green like the Hulk (If you haven’t seen ‘Thor: Ragnarok’ 2.5 times like me then I suggest you do) and posted an angry Arthur meme with “Mood…” as the caption. The internet speculated this had something to do with his former teammate since LeBron (and JR Smith) also liked a IG video of Irving putting on a dribbling exhibition against the Hawks. 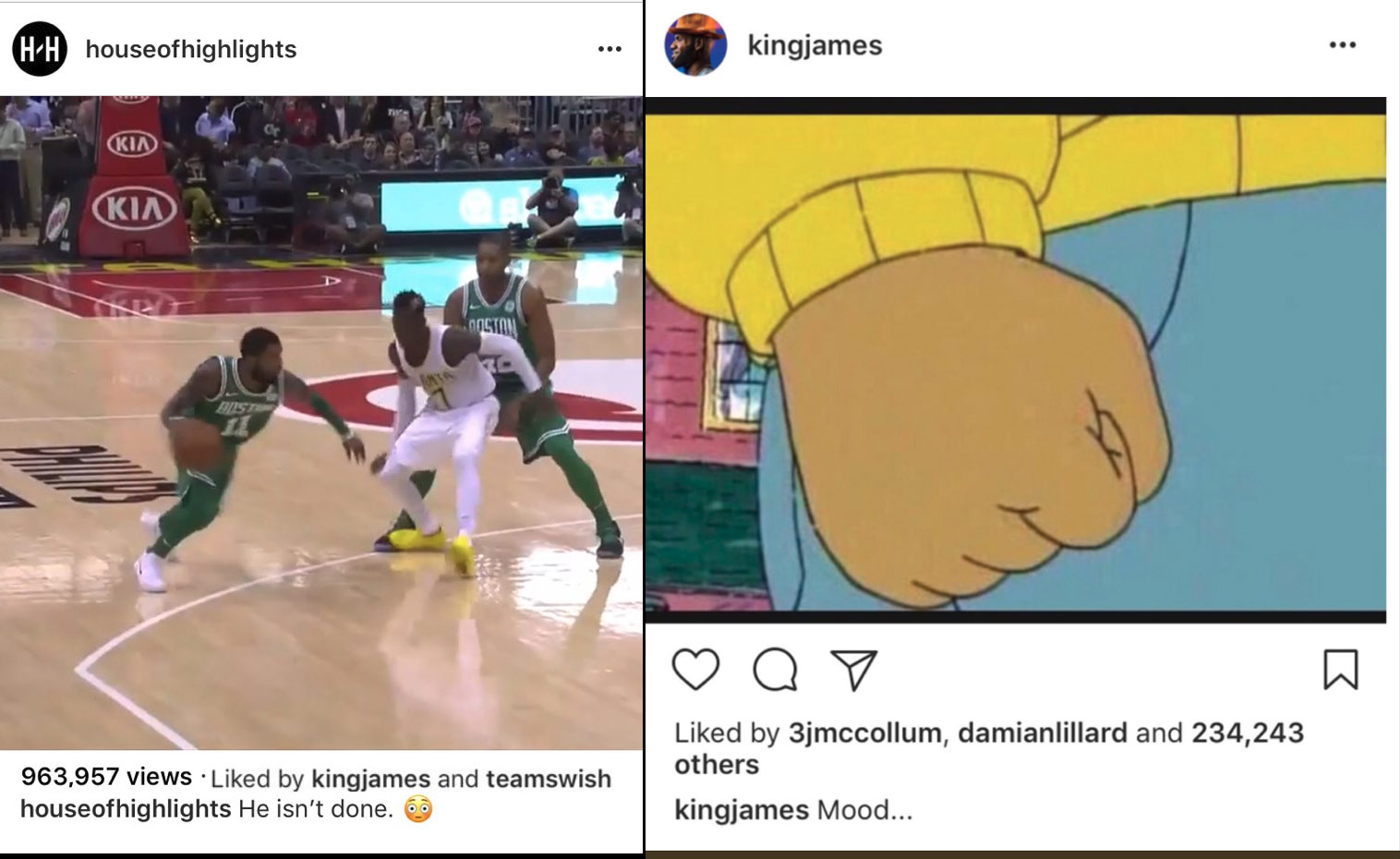 Now, I’m not saying King James — king at sub tweeting and trolling with T-shirts — did post the Arthur meme because of Kyrie, but it’s fun to think he did. Just like it’s fun to say LeBron is going to the Lakers next season because Arthur is wearing yellow.

Regardless of why LeBron posted the meme, it led to some great responses from his teammates, including Isaiah “Don’t forget I busted your favorite point guards ass last season” Thomas and Dwyane “falls for fake B/R quotes about eating ass” Wade.

This post gives me an excuse to re share the hilarious video of Russell Westbrook responding to a reporter asking if Westbrook said, “Thank you Kyrie” in a viral video.