“I did it because I just wanted to look like my teammates,” said LeBron earlier this week about ditching his trademark headband. “Just wanted to be one. Nothing more than that.”

Well, after a pretty bad performance in GM1 vs the Bulls, LeBron realized he’s not just everybody else – he’s arguably the best basketball player in the world so he arrived 3 hours before tip-off, brought the headband back and dominated the Bulls in GM2 with 33 points, 8 rebounds and 5 assists.

“I don’t care about no headband,” said Jimmy Butler who had a team-high 18 points but only made 5 of 14 shots. “He’s a great player, headband or not.”

James teammate Kyrie Irving didn’t seem to care either about LeBron’s headband. He was just happy about what was going on in James’ head.

“There wasn’t one possession where he wasn’t dominant,” Irving said. “When he has that mindset, he’s the greatest player playing our game right now.” 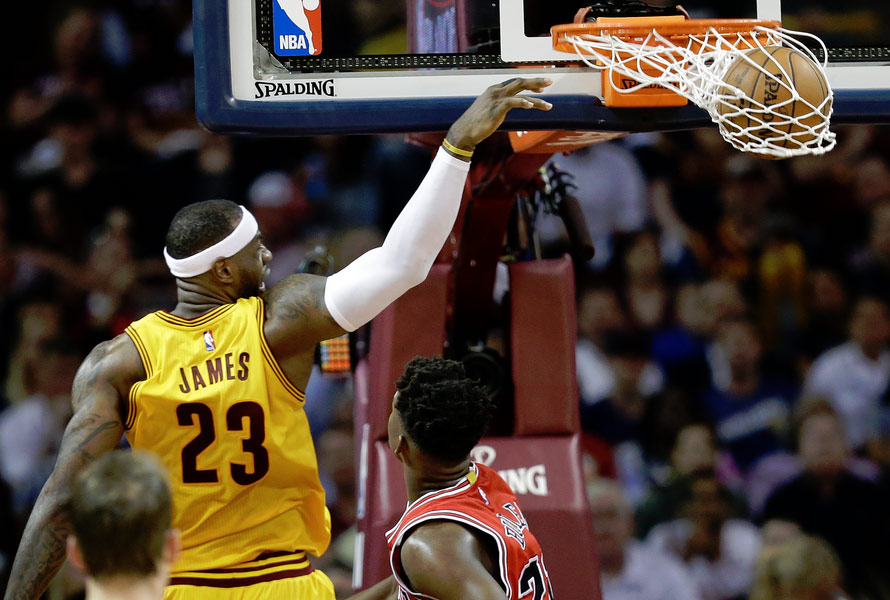