After Gordon Hayward made a game-winner against the Cavs earlier in the season, he wrote in his blog that he could hold his own against James.

When an under the weather James was asked about it before Tuesday’s game he said ” “It’s not about me and Gordon Hayward. If it made him feel better by saying that, good for him, but I don’t really care about that stuff.”

Hayward didn’t take those words back after LeBron put up 26/9/7/4 in a Cavs win last night but he did elaborate on what he meant.

“I think LeBron can pretty much bully anybody if he wants to,” said Hayward . “The point of what I said is that he can’t bully me as much anymore. I’ve just gotten a little stronger. LeBron’s one of the stronger players in the league. You can take that for whatever you want. He’s never said anything to me about any of the comments I’ve made.”

In the 3rd quarter, James threw down a big dunk and glared at Hayward afterwards. After the game he told reporters the glare wasn’t intentionally at Hayward. 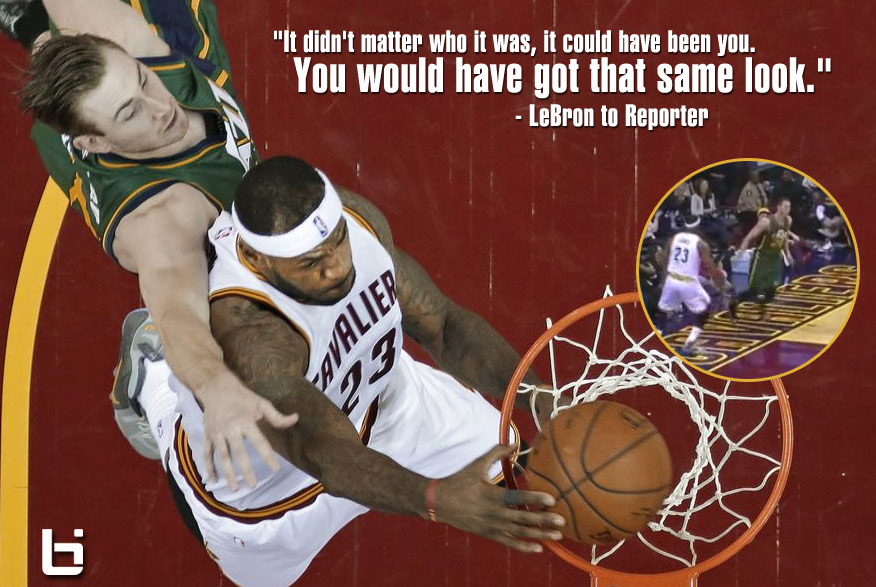