Once again, the Raptors had no answer for LeBron James.  In game 2 of the of the ECF, the King made 7 of 13 shots for 23 points, grabbed 11 boards, dished out 11 assists with 3 steals and only turned the ball over twice as the Cavs beat the Raps 108-89. 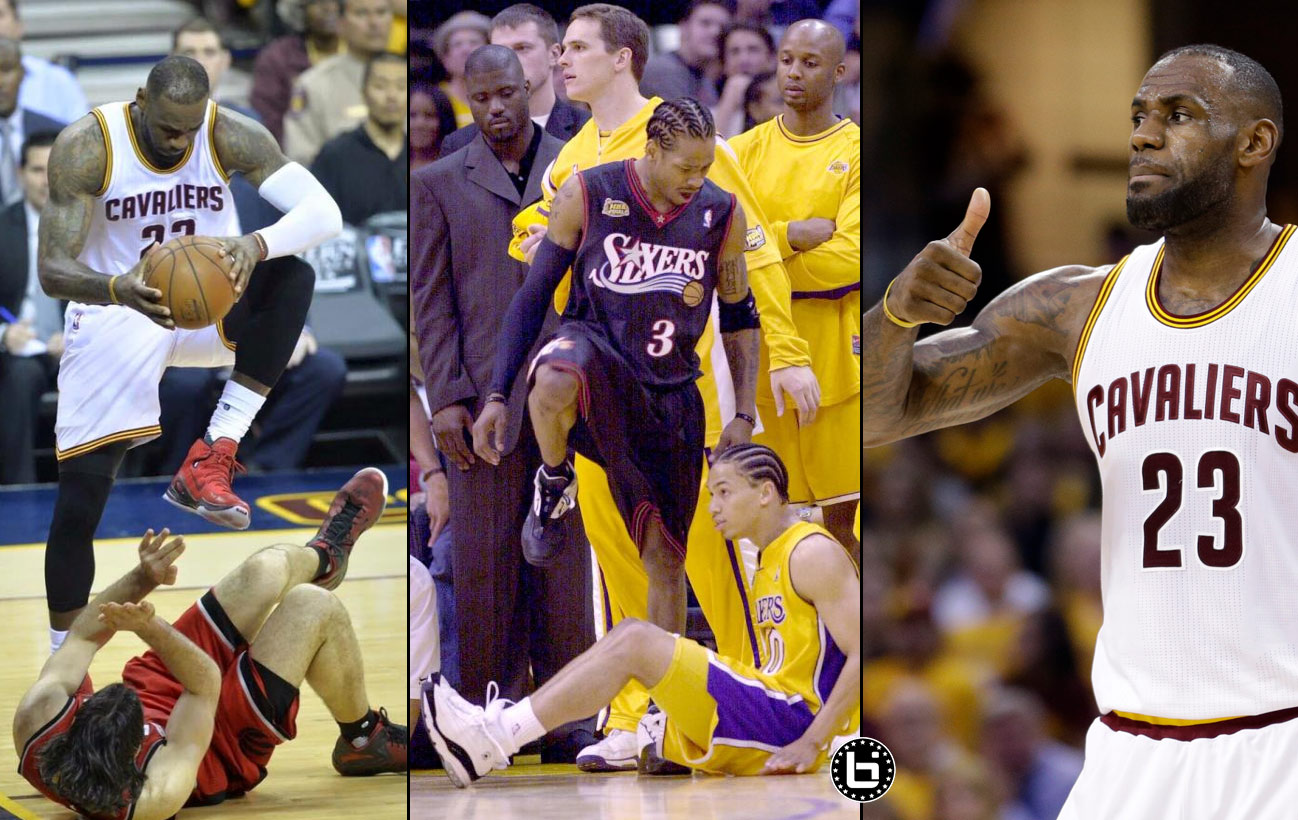 Under Coach Lue (no pun intended), the Cavs are a perfect 10-0 in this year’s playoffs. The 10-0 record allowed him to step over Pat Riley (1992) for the most consecutive playoff wins to begin a coaching career.

As for LeBron, he needs just 386 points to step over Kobe on the all-time playoffs scoring list.

“The statistics just doesn’t look right for me as an African-American kid growing up in the inner city,” said James. “So I played both sides of the fences as a kid growing up. To be in this position today where I see my name linked to a lot of the greats that play this game and paved the way for myself, Kyrie and Kevin, it means a lot. It is very humbling. It is an opportunity for my family and fans to be proud. Just a lot of respect with that.”

LeBron laughs about how bad his free throw shooting has been in the series.