Earlier this month we joked about LeBron telling SI his son refuses to wear his number because “he doesn’t want people to know who he is.”  He could have been playing shirtless at the Ronald Searles Holiday Classic in Houston this past weekend and everybody still would have known the talented 11 year old point guard who looks like LeBron James and is named LeBron James is the son of LeBron James the NBA superstar.

And just like his Dad, James Jr stood out and helped his team win back-to-back championships at the Holiday Classic.  His team also won a championship earlier this year at the John Lucas All-Star Weekend tournament. 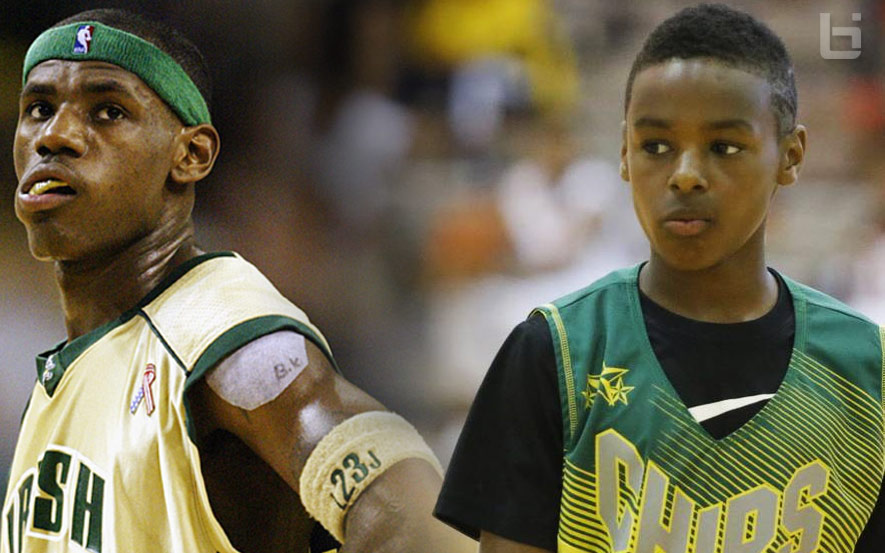