JR plays on a Houston elite team called the Gulf Coast Blue Chips. On Sunday, the Blue Chips team took on and beat the Dallas Spurs for the 11U championship in front of a larger than expected crowd who wanted to see LeBron play.  But they didn’t get to see much from him as James suffered a leg injury in the semi-finals and missed most of the action from the championship round.

“He’s a great kid,” said coach Alex Franklin. “He has a leadership mentality, great instincts for the game.”

“Needless to say, he’s definitely a chip off the old block,”

Old block LeBron wasn’t in attendance – he was busy preparing for some game coming up this week. 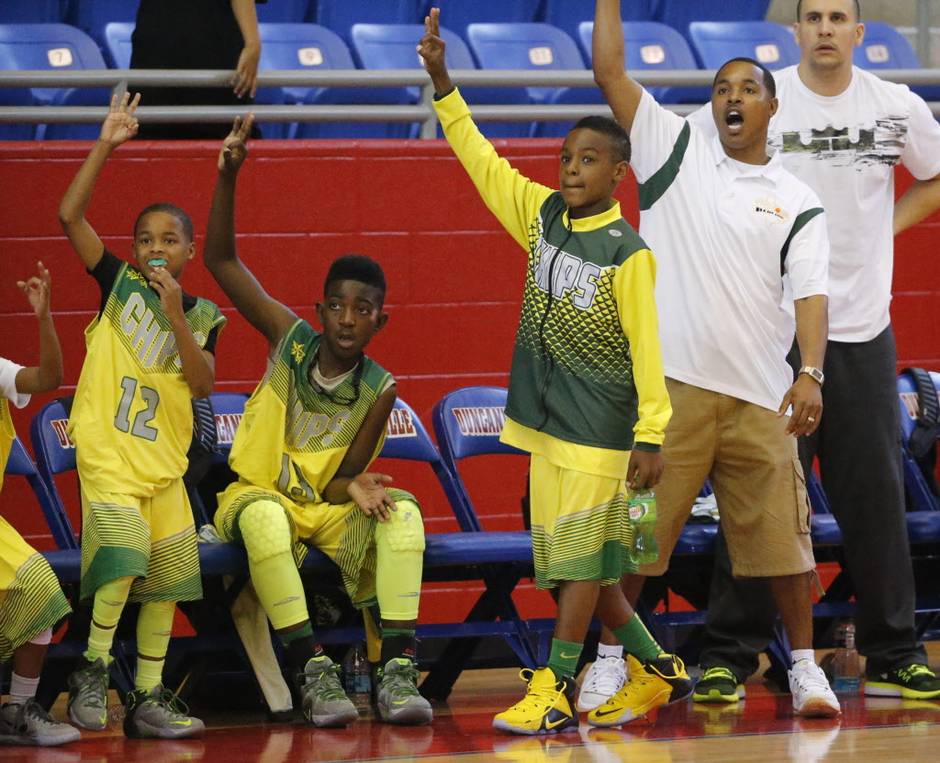 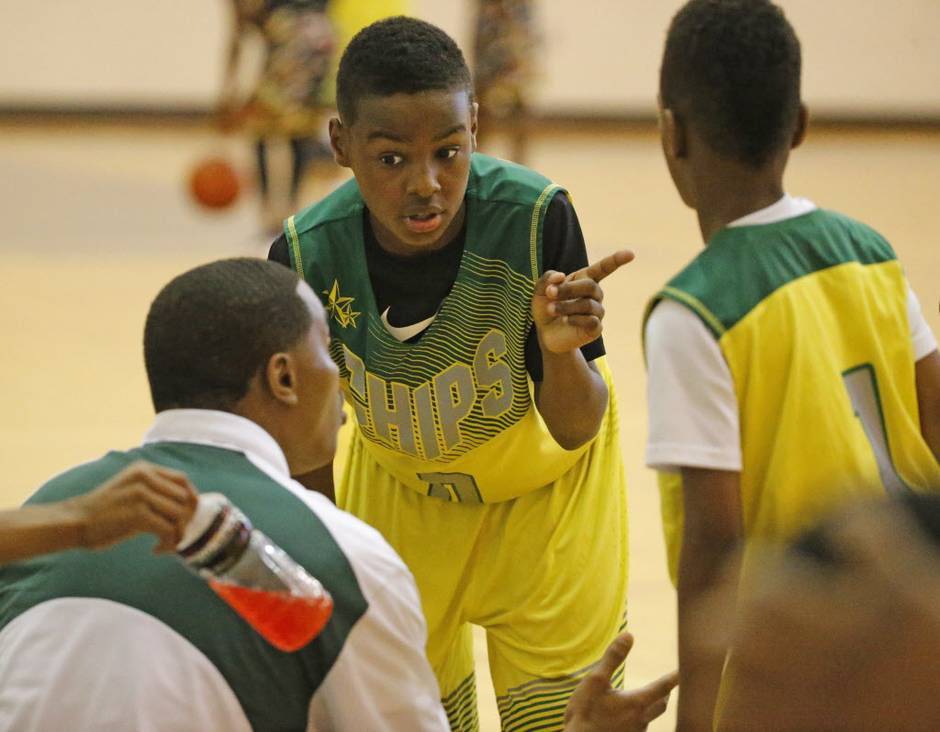 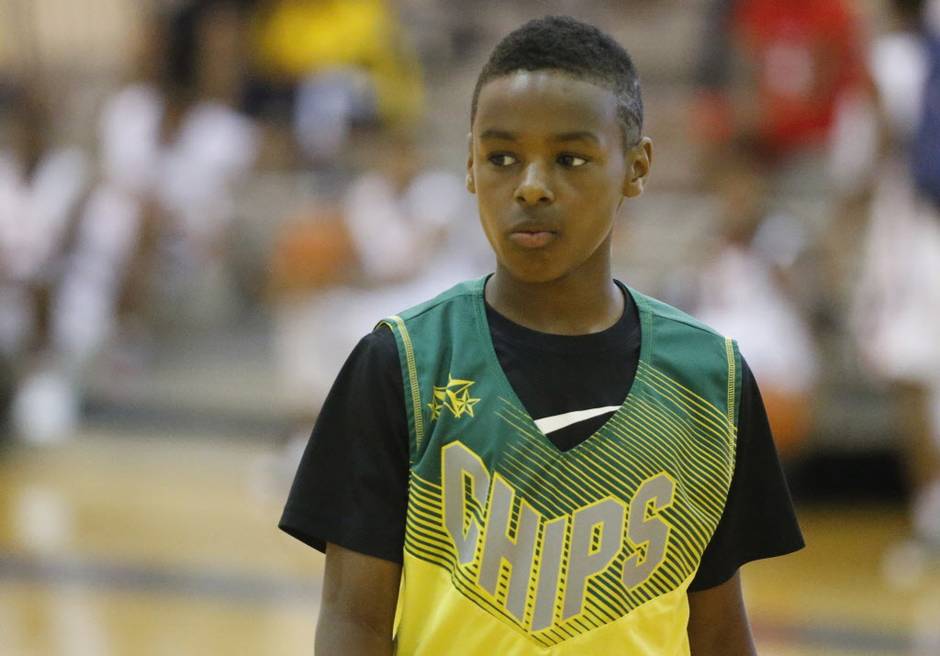 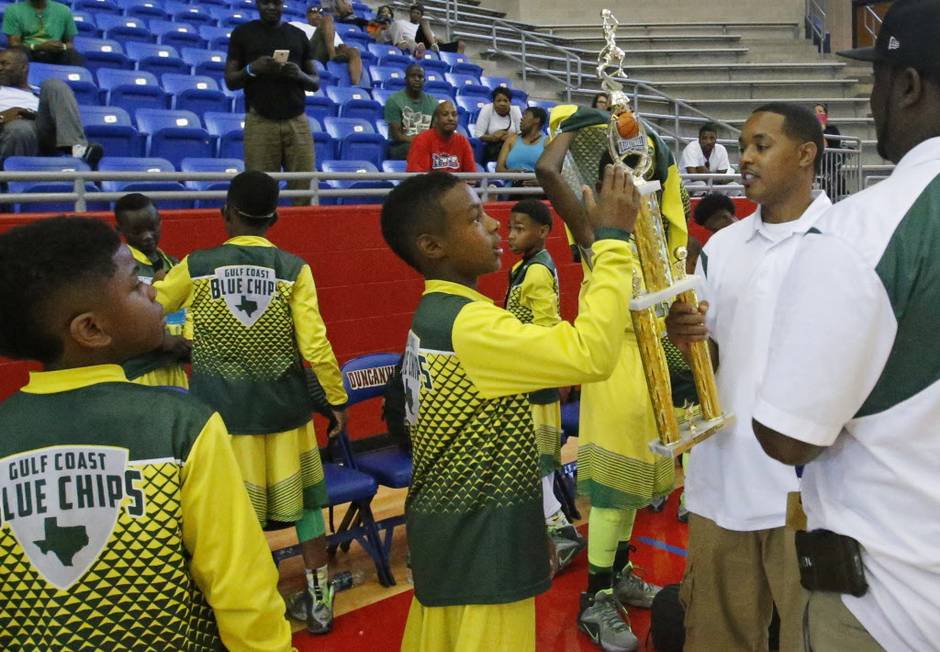