LeBron James only scored 18 points in an easy win over the Knicks on Sunday but it was a special game for James who passed one of his childhood idols, Allen Iverson, on the NBA all-time scoring list.  James moved into the 22nd spot when he threw down a monster dunk.

After the game, Iverson sent his congrats to James via Twitter and LeBron posted a message of his own talking about the honor. 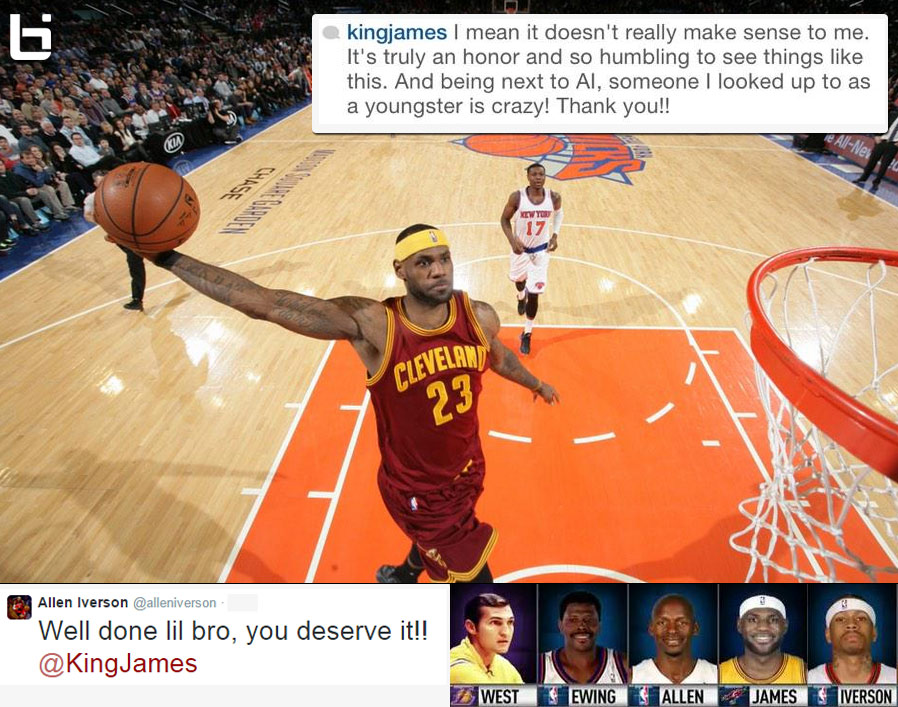 Here’s the next few players LeBron (24,383 points) will eventually pass.

Throwback Video (2002) Allen Iverson attends a high school game where LeBron gets crossed by Maureece Rice who then shoots an airball. The crowd still went insane despite the fact that Strawberry Mansion was losing to LeBron and his team 68-30 at that point.