1 man. Despite being on the losing team, LeBron James still received 4 votes for NBA Finals MVP after putting on a 1-man show for the majority of the 6 games in the series. After the loss, a dejected looking LeBron sat, alone, and answered questions about the finals and the past season.

Here’s a few of the questions and answers Via Cleveland.com

Q. LeBron, how would you characterize this season overall for the whole organization?

LEBRON JAMES:  Well, I mean, we had many chapters.  We had many chapters in the season.  I don’t know.  I mean, for me, it’s never a success if you go out losing.  But I think we put ourselves back where this franchise needs to be, being a contender.  But we’ve still got a lot of work to do.

Q.  LeBron, you guys stated throughout these playoffs next man up, no excuses.  But now that it’s over, how devastating of a blow was it to lose Kevin early in the playoffs, and then Kyrie in these Finals?

LEBRON JAMES:  Well, I think you even go before that, losing Andy, one of our heartbeats of our team, another playmaker for our team.  Then you lose Kev, an All‑Star, and then you lose Kyrie, another All‑Star.

Q.  LeBron, with all the things you’re talking about, Kyrie, Kevin, that you were dealing with, was there ever a point in this Finals that you doubted whether you’d be able to pull this off?

Q.  The way you had to play in this series was so out of character for you in terms of how you like to play.  Did any part of you enjoy doing that, enjoy being able to do that?  Or do you prefer what’s more comfortable to you?

Q.  Did you at any point feel the series shift?  And if you felt that shift, were you concerned at the time that there wouldn’t be an adjustment that the Cavs can make?

LEBRON JAMES:  I felt ‑‑ I mean, it was a great series up until ‑‑ they blew the game open in the fourth in Game 5, but we had a chance there.  Tonight we had our chances, but, you know, we ran out of talent.  We ran out of talent tonight.  We gave everything we had.  The guys played as hard as they could as long as we could.

Q.  LeBron, we learned a little bit more about your, I guess, training regimen throughout the course of these playoffs.  Basically it’s a two‑month process you go through with mental and physical preparation.  When you don’t get the championship, is there any sense of ‑‑ do you question whether it’s all worth it?  Or can you just have satisfaction in the process?

But then I lock back in and I start thinking about how fun it is to compete during the playoffs and the first round, the second round, and Eastern Conference Finals.  If I’m lucky enough to get here again, it will be fun to do it.

But put my body through a lot, you know, but it’s the price for your body feeling this way for winning.  Did I win?  I didn’t win a championship, but I’ve done a lot of good things in this first year back, and hopefully I can continue it.

Q.  I meant because of the comeback, the fact that you came back here and decided to make it your home again? 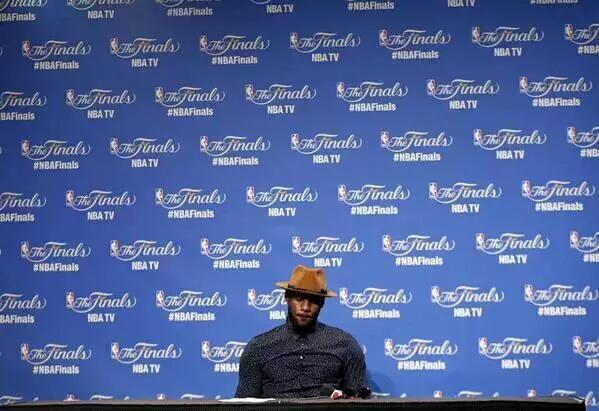