Early in the 4th quarter against the 76ers, LeBron James’ threw down an impressive alley-oop dunk that put him a point away from reaching 25,000.  Within a minute, he caught another alley-oop making him the 6th active player to reach the milestone and the youngest at the age 30 – Kobe Bryant was 31 years and 351 days old when he had the record.

The accomplishment was celebrated by the Philly crowd with a standing ovation.

“They are Sixer fans to death. But they know and they respect the game of basketball,” James said. “To get a standing ovation for reaching that milestone, it was very special.”

As evident by the following image, the Sixers fans also thought his monster alley-oop dunk was pretty special. 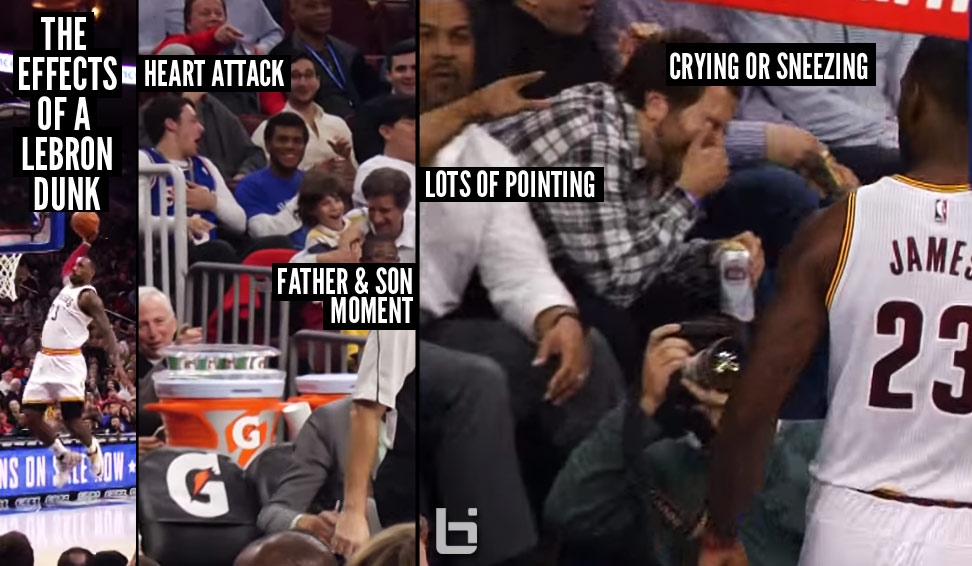