Granted Richard Jefferson is 3 years younger than Vince Carter but RJ doesn’t get enough credit for being in his mid 30s (35 to be exact) and still having the ability to put a defender on a poster like he used to routinely do 15 years ago.

The Hawks 7’3 rookie Walter “Edy” Taveres was just 9 years old when Richard Jefferson first started making NBA posters and on Wednesday night he got to be in one.  It’s a poster i’m sure he would love to forget about and LeBron and JR Smith would probably hang on their walls. Smith and James got so excited after the dunk they almost knocked down half of the bench celebrating. 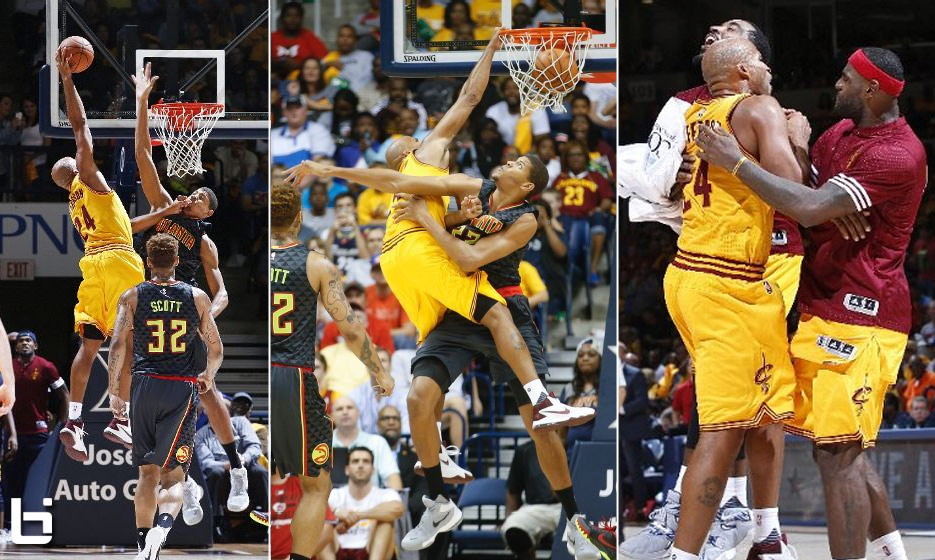 Richard Jefferson actually had one of the best dunks of his career last season (earlier this year) but unfortunately a scrooge ref called RJ for an offensive foul when he posterized Michael Kidd Gilchrist.

And speaking of high-flying old-timers, here’s a great throwback Nike commercial featuring Jefferson and Vince Carter back when they had hops…more hops!