Lebron James is such a master at the chase-down block, he can even slap a layup off the backboard by just using his shadow! Don’t believe me? Here’s video proof with Robert Covington.

If you refuse to believe it was LeBron’s shadow or Covington would miss a wide-open layup, then you can blame film director M. Knight Shyamalan – sitting courtside – for the surprising ending to this play. 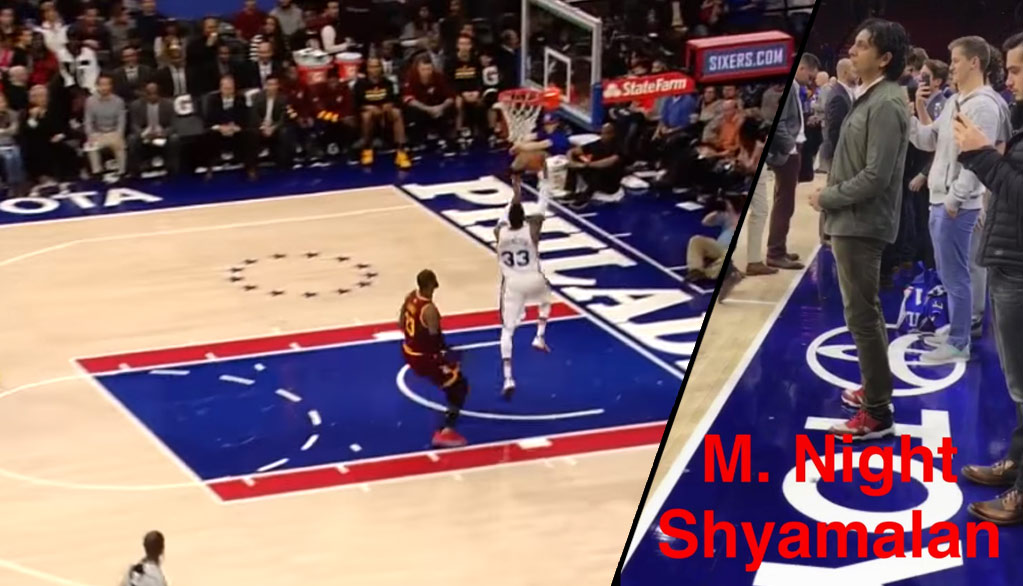 Went to my 5th @Sixers game this season. They are an exciting team. We lost today, but showed tons of heart. Philly's future looking bright.

I’ve been a big fan of the big 76ers fan’s work since I saw “The Sixth Sense” in the theaters in 1999. I’m still a big fan (of everything of his not made between 2008-2013) and looking forward to his new film “Split.” So in honor of seeing the director on Sunday, here’s my top 5 films of his followed by .