During last night’s win against the Clippers, Jason Terry threw up his trademark “crip” sign which of course had the internet buzzing and asking if the former NBA champion who was born and raised in Seattle, won a NCAA championship at Arizona (lots of red), was drafted by the Atlanta Hawks (more red) and is currently playing for the Rockets (REDNATION!) is actually repping the Crips…..seriously.

This is actually the second time this topic has come up this week. The first time being when people saw this pic of Terry throwing up the same “gang sign”a few days ago with Snoop Dogg who was once rumored to be affiliated with the Crips when he was a teenager – although Snoop has denied he was ever in a gang. 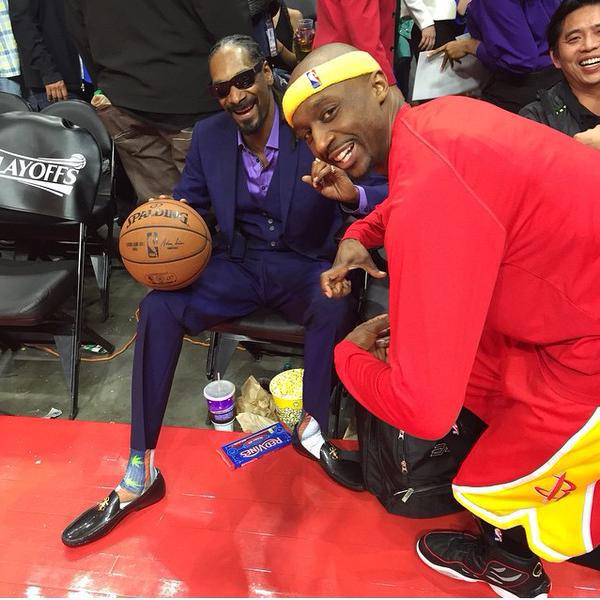 I read a few responses from people saying he’s just shouting out “Clutch City” and repping Houston but that doesn’t make sense because he’s been doing this long before he landed in H-Town and even shouted out what sounds like  “I’m a real crip” during game 6 of the 2011 NBA Finals.

And what about this handshake with Avery Bradley back in Beantown.

But what about that time in 2011 when a local reporter flipped out about a colored bandana hanging in his Dallas locker?  Crips right? Wrong! He had a red bandana in his locker and teammate Antoine Wright had a blue one and both were gifts from Baron Davis who was promoting his upcoming documentary called ‘Crips and Bloods: Made in America.’  Terry not only showed support for the anti-gang film by hanging the bandana in his locker, but he donated money for every point he scored that season to help inner city youths.

“Hey, when somebody in our NBA family asks for help like that, we all have to help,” said Terry. “It’s a really cool cause.”

So do you still think this guy is really a gang member? 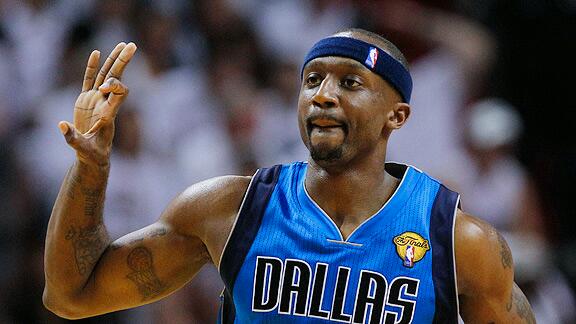 The only NBA player I believe really was a gangster was Javaris Crittenton who was linked with Mansfield Crips and sentenced to 23 years in jail for the murder of a mother of 4 .
(Update) A former NBA player told me after I posted this, Javaris wasn’t a Crip and explained to me why people thought he was.  So now I’m back to No gang members in the NBA.