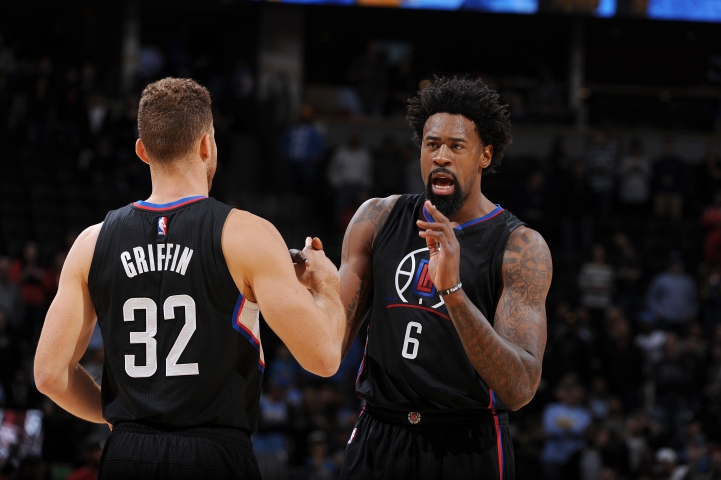 Nobody wants to watch DeAndre Jordan shoot 25 free throws! But Nuggest coach Mile Malone made us suffer through it when he gave DJ the hack-a-shaq treatment on Tuesday night. Not only did it not work as the Clippers came away with the win, Malone might end up with a fine.

With a little more than a minute left in the game, Malone got into a heated verbal exchange with Blake Griffin over the intentional fouls and both were given techs. I don’t know what Malone said to Blake but it’s pretty obvious what Blake had to say to Malone.

“I apologized to our team tonight for getting that tech. As a head coach, as the leader of this team, I can’t get caught up in that kind of stuff,” Malone said. “They were frustrated with us fouling DeAndre. Trust me, I’m not a fan of it, but it’s a rule that you can use, and we felt that we had a better chance of fouling him than allowing them to take a shot. So we went to it. I think they were frustrated with that, some words were exchanged and that’s what happened.”

I’m sure Malone also wasn’t too happy about this lucky 3-pointer from Blake either.