On Friday night, Lonzo Ball knocked down five-of-six threes (9-16 FG) and finished with 24 points, five assists and five rebounds in a near shocker vs the Warriors. The five threes was a career-high and among this year’s impressive crop of rookies, only OG Anunoby has shot a higher percentage (.857) with five or more made threes.

Lonzo is shooting a not-so-impressive .333 from the field and .286 from downtown for the season but over his past five games, he’s made 31-of-66 shots and 16-of-34 threes, while averaging 17.2 points, 7.2 rebounds and 6.4 assists. Those are impressive numbers, especially for a rookie who made a total of 17 threes on 24% shooting in November, and especially for a rookie half of the internet is unfairly calling a bust just because they really just want to bust LaVar Ball’s ass.

He is still is struggling from the free-throw line, making just 1-of-4 against the Warriors, 8-of-16 during the five game stretch and .556 for the season (.429 in the month of November). I’m expecting those numbers to rise because he shot 67% from the charity stripe in college and I just can’t imagine a starting NBA point guard shooting that poorly from the line.

Back to rookies shooting threes, worth mentioning is Donovan Mitchell has made five threes in four games so far during his Rookie of the Year campaign and Zo’s teammate, Kyle Kuzma, had a seven-for-10 night a couple days ago.

In other Lonzo news, a silhouette of him dunking is the logo for the basketball league his father created for top high school players not interested in spending a year in college or playing overseas (like Lithuania!).

“We don’t need a logo of a guy dribbling,” Said LaVar Ball, referencing the NBA logo with Lakers great Jerry West. “Nobody does that anymore.” 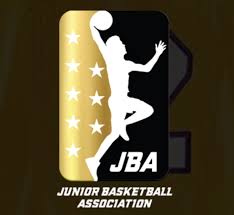