UCLA freshman phenom, Ballislife All-American Game MVP and possible future #1 NBA draft pick, Lonzo Ball, set a UCLA freshman assist record on Wednesday, dishing out 13 assists in a 98-56 win over UC Riverside. The record beats Pooh Richardson’s 12, which was set back in 1986 and will probably be matched or beat again, multiple times, by the end of the season.

“It was about game flow.” Said Ball. “Guys were hitting shots. I was getting them the ball.  Everything was clicking tonight.  It was a good team effort.  I just take what the game gives me.  Today, I just found my teammates.”

In eight undefeated games, Ball is averaging 9.6 assists per game and has reached 11+ three times. This was the first time this season Ball failed to score in double-figures.

Failing to score is something that can’t be said about his little brother, LiAngelo, on this exact same night. 24 hours after scoring 56 in a game, Gelo scored a career-high 72, which now gives him a 51.3 points per game average over Chino Hill’s undefeated season so far. If you go back to last season, Chino Hills is on a 38-game win streak.

Also worth mentioning is the youngest of the three Ball brothers, LaMelo, had 31 points on this night. I guess you could say it was a pretty good night to be in the Ball family.

Back to Lonzo aka Jason Kidd 2.0, he’s been racking up quite a few compliments over the past few days. Jay Bilas said, “He’s Jason Kidd. He’s big, he can handle it, he can pass it. Lonzo Ball is a better shooter than Jason Kidd was in college.”  FYI, Jason Kidd’s nickname coming into the NBA was Ason Kidd because he didn’t have a J, still, that’s high praise.

Former UCLA point guard great Baron Davis also raved about Ball to TMZ: “He will definitely be a UCLA Hall of Famer,” Davis says. “He’s following right after Russ (Westbrook) and all the rest of the great point guards.” 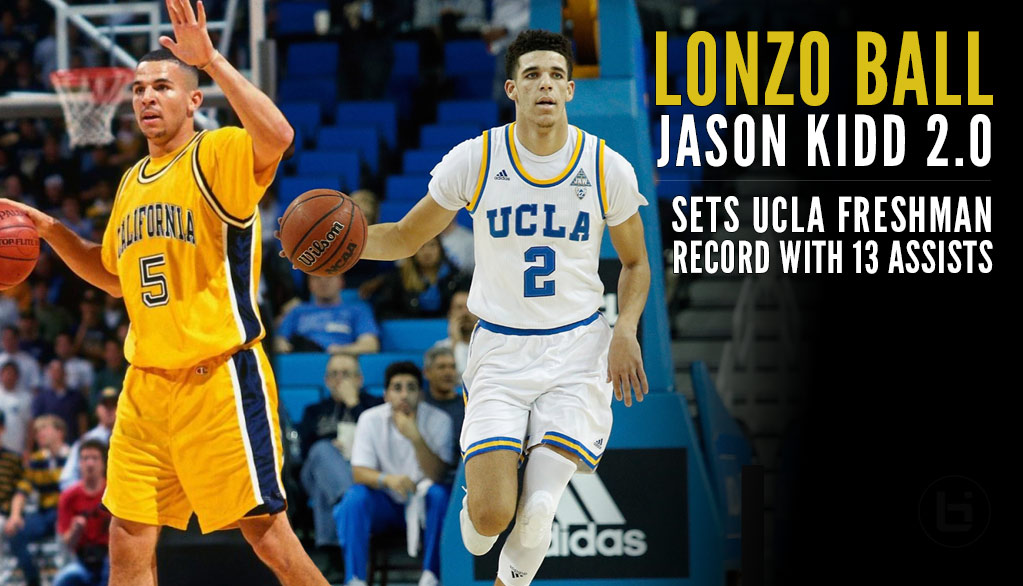