I think it was Magic Johnson who once said “Michael Jordan could only score 2 points in a game but it could be the most exciting 2 points you have ever seen.”  I kind of feel that way about Stephen Curry who only scored 12 points in a Sunday win against Chris Paul and the Clippers.  The reason why I’m saying that is the same reason Michael Jordan’s ex teammate had this to say about Curry after today’s game.

“Nothing he does surprises me anymore,” coach Steve Kerr said.

Besides the play where Curry had CP3 singing his favorite Kris Kross songs, Curry hit a ridiculous 3-pointer in the 3rd quarter that made Kerr think Currry thought the shot clock was winding down. Wrong!

“I got a little bit of breathing room,” Curry said. “Just a confidence shot.”

And just another highlight worthy of watching over and over again. 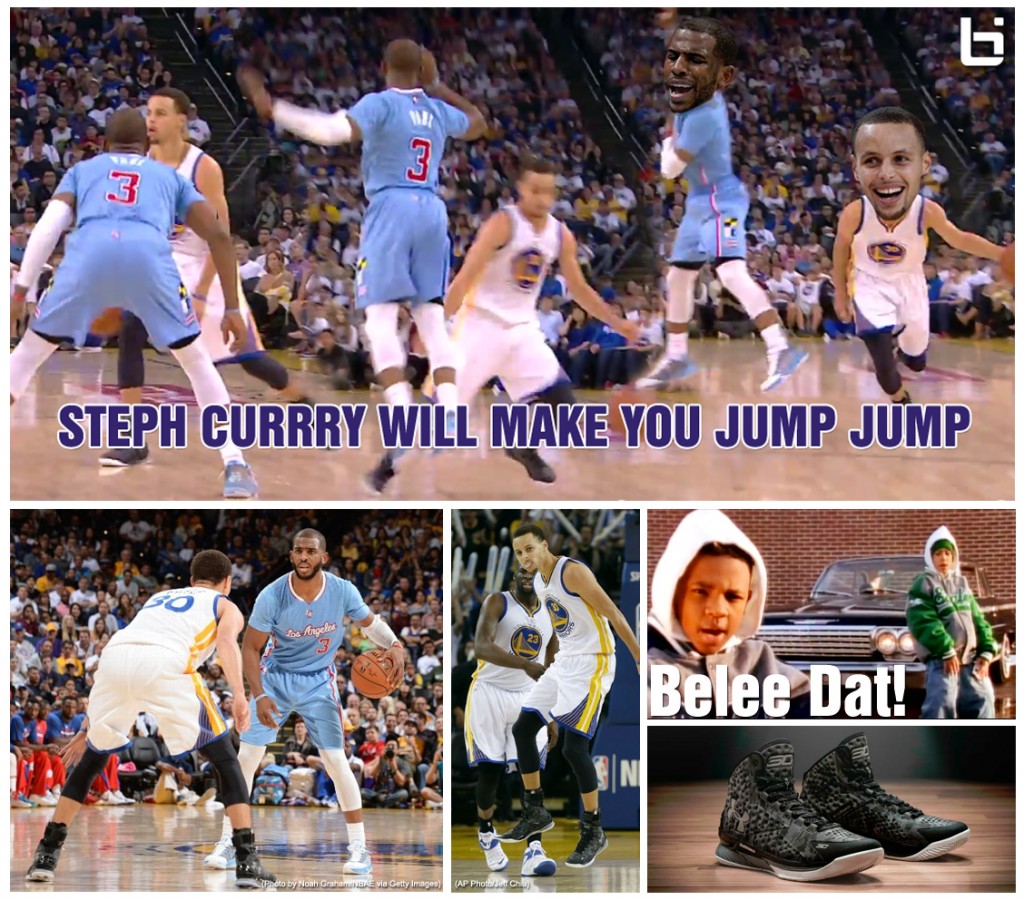 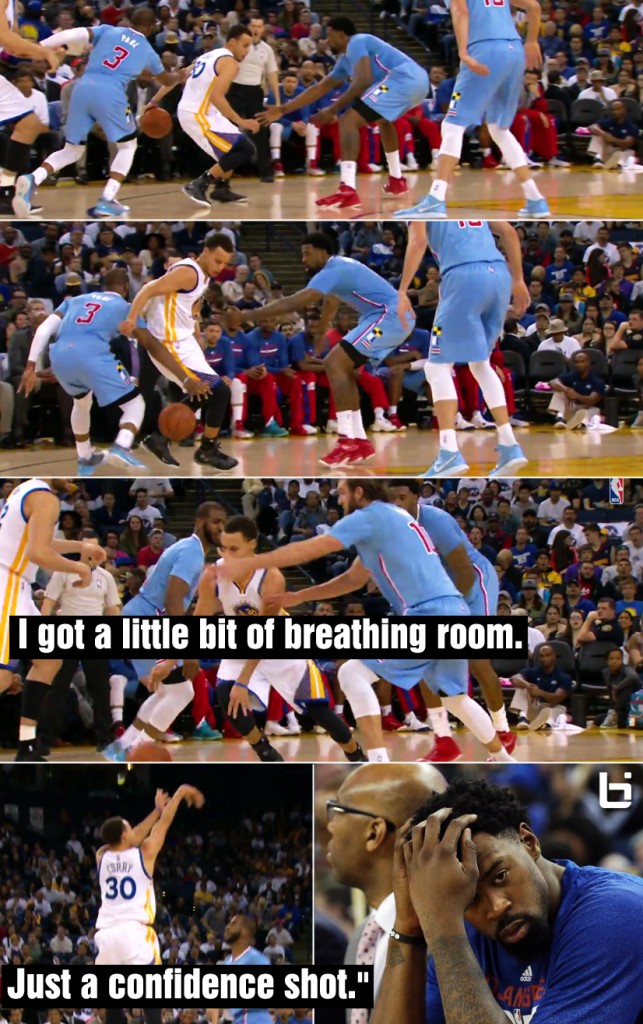