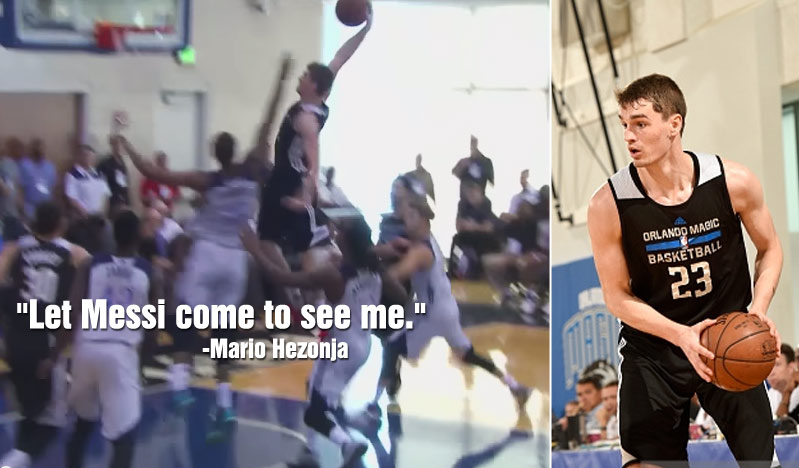 I”m pretty positive Kobe Bryant’s favorite athlete isn’t coming to Orlando to watch any Summer League games but the 5th pick of the draft has been one of the most exciting players to watch in the first few days of the league. He made a big splash in his debut with 12 points and a game-winning 3 in OT against the Clippers.

On Monday, he posted 14 points which included 2 more 3-pointers and a couple of memorable dunks. The best being this poster dunk against the Thunder.

The other being this 1-hand alley-oop dunk.

I’m looking forward to seeing what he does for another encore and obviously what he’s going to be able to do against respected veterans during the regular season, but I don’t think the cocky rookie is too concerned about respected veterans.

“Respect? No, I never had respect to anybody on a basketball court,” Hezonja told Sportando. “I heard about, ‘If they smell blood, you get eaten.’ I’m not like that. I don’t care. Whether it’s a veteran or a young player standing in front of me I always have the same goal. I want to run over everybody.”