Magic rookie Mario Hezonja made his debut on Saturday against the Hornets.  His first shot attempt – a 3-pointer – was good. He then threw down an emphatic dunk. He followed that up with a jumper in Nic Batum’s face before the half. After 10 minutes of playing time he had 9 points which normally would mean some extra playing time – unless you are pissing the coach off for not playing any D.

“I thought he was good offensively and on the other end was terrible,” coach Scott Skiles said of the benching.

Unlike most rookies who might lose some confidence because of a move like this in their first game, the super confident 20 year old didn’t have an issue with it.

“We got to improve on defense and it starts with me.” Hezonja said.

Considering Mario wears #23 because of Jordan and LeBron and used to wear #8 because of Kobe, I wouldn’t worry about his confidence. Coach Skiles isn’t worried either.

“He’s not going to shy away from anything. That’s the least of our concerns — his confidence.” 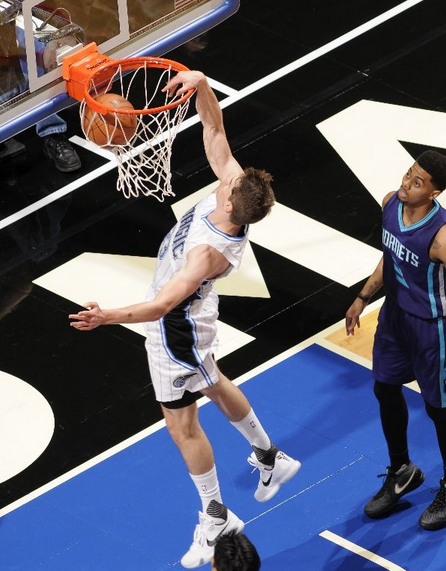