Markelle Fultz would probably like to forget about the Huskies loss to the Horned Frogs this past weekend, but I can’t. The future NBA lottery pick had one of the most spectacular plays of the college season so far and I’m shocked it didn’t generate much noise. With 16 minutes left in the 2nd half, Fultz stole an inbound pass, hit a defender with a Shammgod and then dunked on another.

He finished the game with 27 points before fouling out with seven minutes left in regulation.

“He was on his way to 40,” said Washington coach Lorenzo Romar about Fultz, who also had five steals, four rebounds and four assists. “He got going. When he gets going, he’s something.”

He’s something alright. Something really special.  He’s the only player in the NCAA averaging over 20 points, six rebounds and five assists; He was one point and two rebounds away from a triple-double in his previous game; He started his college career off with 30/7/6 against Yale and 35 points on 10 of 14 shooting vs CS Fullerton. The Huskies were also on a four-game winning streak before the loss.

Fultz and the Huskies will have a shot at payback tonight in a rematch with the Horned Frogs, so don’t be surprised if you see a post tomorrow about Fultz called, “Payback is a MF!” You can decide if the MF stands for Markelle Fultz or something else. 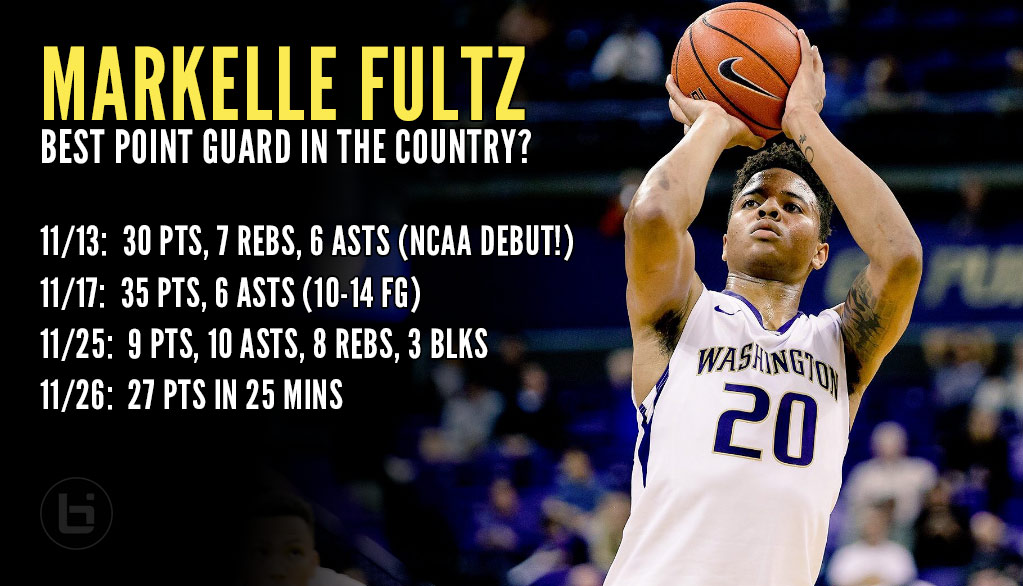