Did Mason Plumlee really accidentally bump the waitress causing her to spill beer over some Wizards’ fans sitting courtside or did he just feel like punishing the fans for cheering as the Wizards beat the Nets 114-77 on Saturday night?

I’m just kidding and it was obviously not an intentional move by the frustrated Mason – unlike this still funny time when a frustrated Blake Griffin spilled some water on a fan.

With that said, that waitress does look like she wants to kick Plumlee’s a$$. 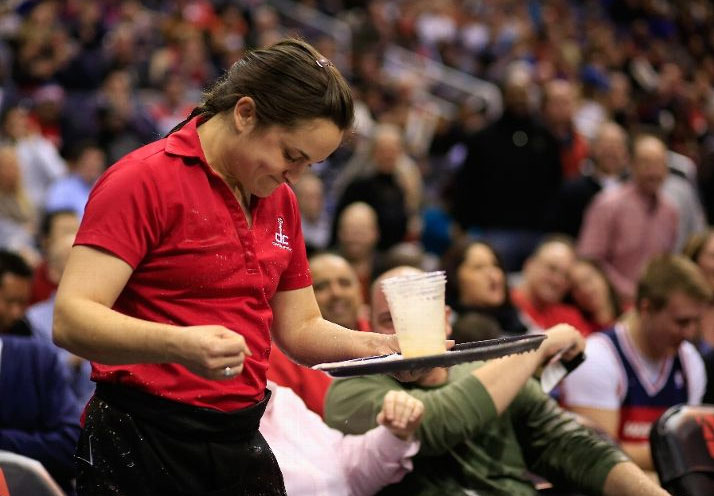