I’m not a Grizzlies fan but if I was, I’m pretty sure I would have been cursing at Matt Barnes when he attempted a half-court shot with 3.2 seconds left on the clock with his team down by 2. Then I would have been cheering and shaking my head in disbelief after watching the horrible shot go in.

“I knew I was ahead of a lot of people, and I wasn’t sure what the time was, but I had space to get a clean look and I shot it,” Barnes said. “It was a crazy, lucky shot to hit and win a game.”

How crazy and lucky?

In the past 20 years, out of 100 attempts, only 2 other players have hit a half-court game-winner: Devin Harris in 2009 and Tyreke Evans in 2010. Ironically, Evans’ shot came against the Grizzlies in an epic finish. 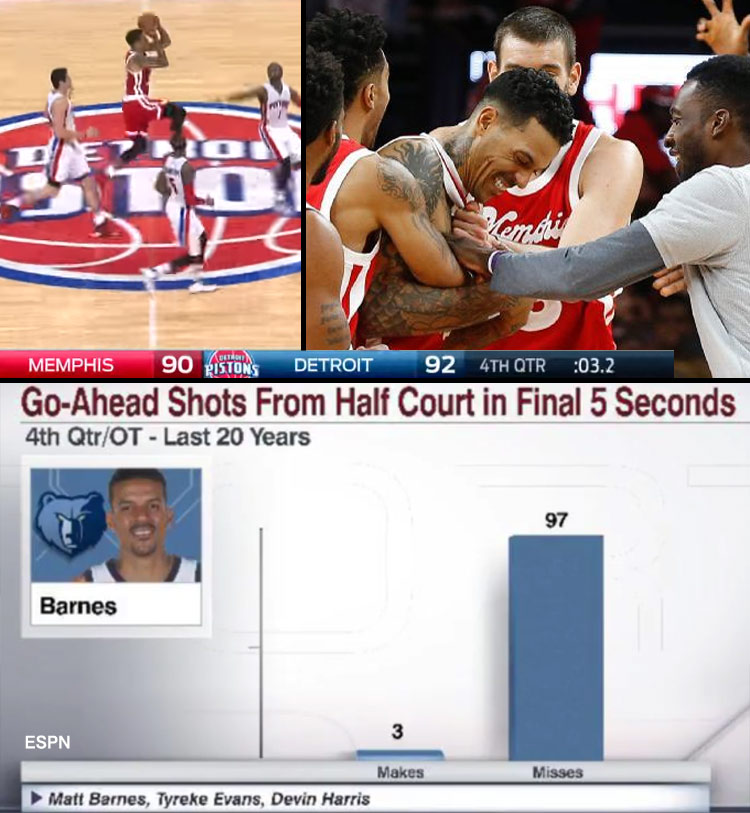