You were probably expecting a huge game from either LeBron or Derrick Rose in a nail-biting GM6 but what you got was the Matthew Dellavedova show in a blowout victory for the Cavs.  Delly scored a season-high 19 points off the bench on 7 of 11 shooting as the Cavs won 94-73.

“For Delly to come in under extreme circumstances and do what he did tonight and leading our team in scoring. But it was just his impact,” James said of the undrafted star of the night. “Obviously we know he made shots, but what he did defensively, picking up a big charge on D-Rose, just trying to create havoc defensively.

“These two, as hard as they play, as a coach and as a leader for me, you have no problem with them making mistakes because of how hard they play and what their intentions are. They give everything to the team and you don’t mind when they make a mistake. You rarely see it because they’re out there just playing hard and giving everything they’ve got.”

Coach Blatt continued the praise for Dellavedova who was a part of the GM5 controversy when he leg locked Taj Gibson.

“Matty can play,” Blatt said. “First of all he understands his role and where his opportunities are. He has no fear. He makes the right plays. He defends his man every moment he’s on the court. He knows who he’s playing with. He knows where the ball should go. He feeds off the opportunities that are created by him for the other guys. When you ask specific pick-and-roll actions, he makes plays. He competes. That kid’s a competitor. He’s not where he is without being a competitor.” 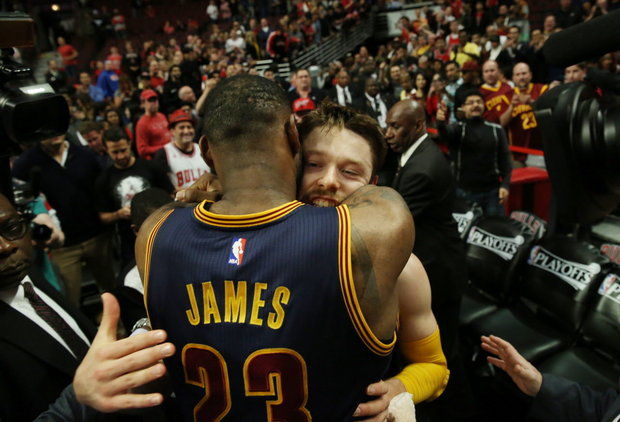