I’ve had the pleasure of knowing and working with Maurice “Mo” Taylor for a few years. Every time I see him, I have a flashback to a different poster dunk of his, then I’ll try to look it up on YouTube and get pissed when I can’t find it. Thankfully the above mix exists but it doesn’t even have all of the nasty dunks Mo had during the first half of his career.

Despite a long NBA career, and playing a few years in LA (pre Lob City and even Knuckleheads Clippers), Mo never achieved “mass popularity.” He didn’t have national commercials, big endorsements and wasn’t breaking any NBA records. But what he was doing as well as any player in the league was making posters out of defenders. I’ll even go as far as saying he’s one of the nastiest dunkers in NBA history. I’ll even say only Blake Griffin has thrown down better facials in a Clippers uniform. If you don’t believe me, watch the video above of Mo dunking on a who’s who list of  big men from the past decade.

Mo is currently living in Houston and coaching a pretty good AAU team – Mo Taylor Elite – which is led by his son, Mo Taylor Jr. 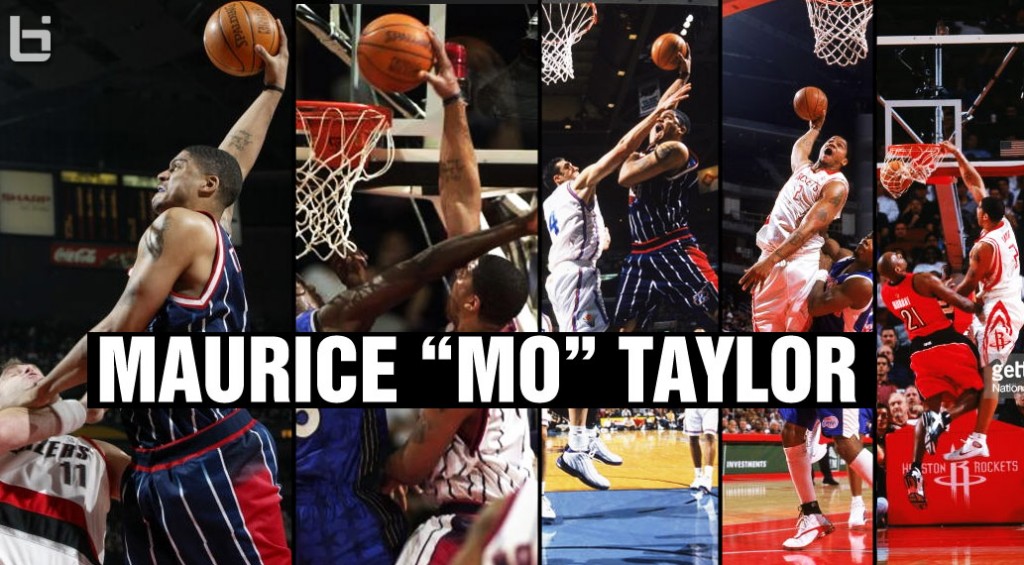