“In 14 years, even when I could jump like that every day, I don’t think I’ve ever had a ref call an offensive foul like that,” said a 34-year-old Richard Jefferson who was called for an offensive foul after posterizing MKG on Sunday. Granted RJ did push Kidd-Gilchrist’s arm but Blake Griffin does this on most of his dunks and the refs never call it. Even MKG’s teammates on the bench appreciated the called-off dunk.

“I dunked on him like that years ago.” said Amare Stoudemire who scored 14 points in just 11 minutes in his Dallas Mavs debut. The 6 time All-Star also reminded fans that he used to make posters on a daily basis when he threw down a dunk over Jason Maxiell at the end of the first quarter.

As for that dunk on Jefferson that Amare brought up, it happened back in 2010 when Amare was with the Suns and RJ was with the Spurs. 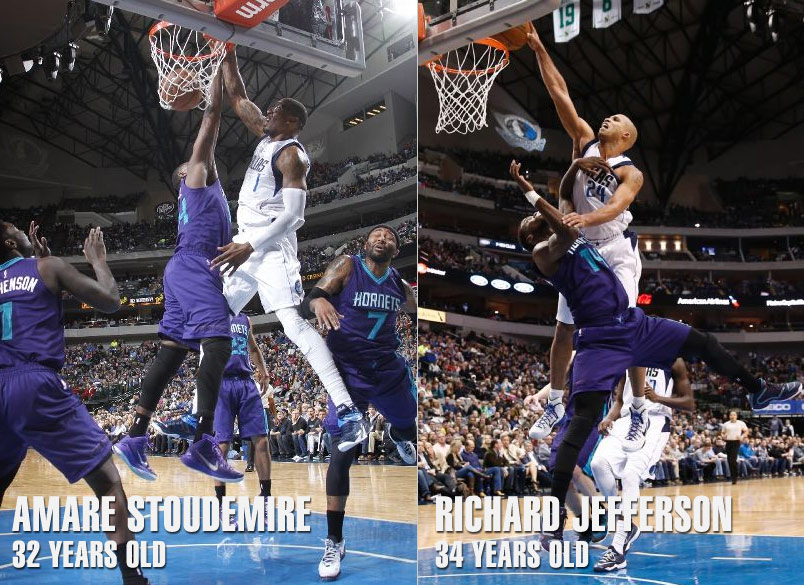