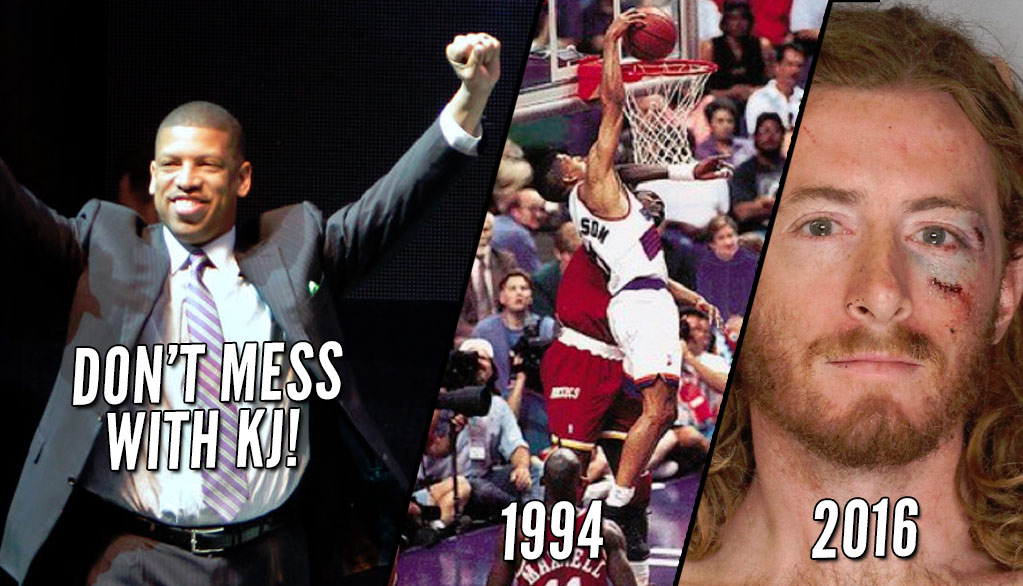 Sacramento Mayor and former (very underrated) NBA player Kevin Johnson is most known for dunking on Hakeem in the 90s, but to me, he’s known as a fighter. And a 32-year old guy named Sean Thompson found out why last night when he reportedly threw a pie in the face of KJ at a farm-to-table dinner event and ended up getting punched “more than half a dozen times.”

Sources in attendance have told the Express that, during the meal, a protester ran at the mayor and threw a store-bought pie in his face.

A different witness said that the pie had whipped cream as a topping.

After this, the protester reportedly said something to Johnson. This prompted the mayor to allegedly tackle the protester and punch him in the face “repeatedly,” more than half a dozen times, landing “five to 10” blows.

One witness described it as a “bloody pulp.” Other witnesses say that the pie-thrower was hit multiple times in the face and will definitely need stitches, and that there was visible blood.

After the event, KJ tweeted about the incident like it wasn’t a big deal.

Appreciate everyone. I'm doing fine. Thank you to Sac PD for being there. Be safe everyone.

One of the reasons why I call KJ a fighter is because I remember watching the 1993 Suns and Knicks brawl that made the NBA rewrite all the rules on fighting. KJ was 1 of 3 players (Danny Ainge and Greg Anthony were the other two) suspended and 21 players(!) fined for the brawl. Anthony was suspended for the remaining games in the season for sucker-punching KJ.

Besides being a fighter, KJ was one hell of a point guard too. In the early 90s, when he was putting up 22 and 11 a game, he had some pretty impressive performances against the two best point guards of all-time: Magic Johnson and John Stockton

And here’s a few more clips of Mayor KJ back in his playing days.