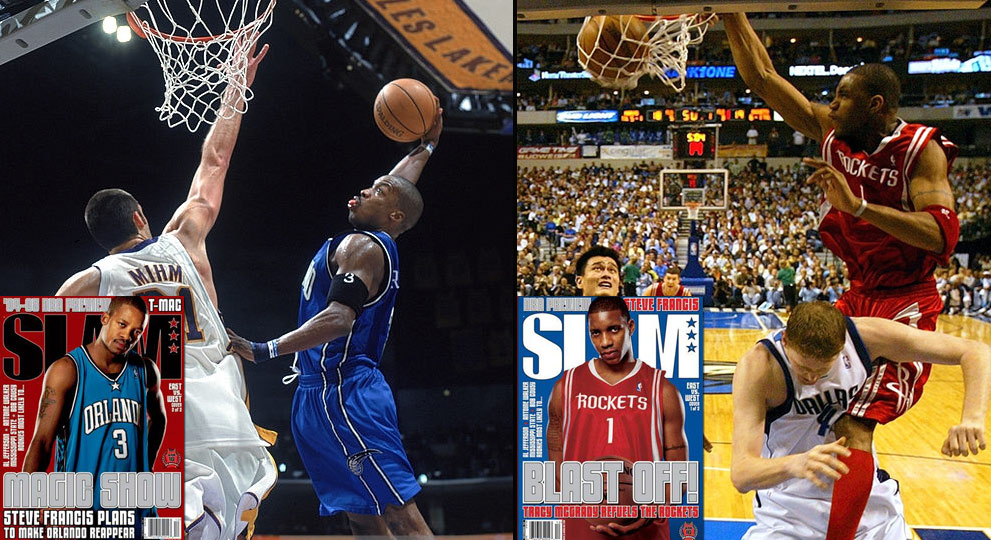 On June 29th of 2004, one of the biggest NBA trades of the decade happened: The Houston Rockets sent three-time NBA All-Star Steve Francis, his backcourt partner-in-crime Cat Mobley and Kelvin Cato (with his ridiculous salary) to Orlando for two-time All-NBA teamer Tracy McGrady, Juwan Howard (with his monster contract), Tyronn Lue and Reece Gaines.

T-Mac — who asked to be traded after the Magic finished with the worst record in the East — was coming off back-to-back scoring titles and excited about the thought of winning championships in Clutch City with All-Star big man Yao Ming.

“I just knew it was going to take time. I’m happy and it’s time to move on. I can’t predict the future, but it definitely would be nice. The ultimate goal is to win a championship for the Houston Rockets. Bring me a championship, big man. Bring me a championship. I’ve led the league in scoring two consecutive years. As long as we win, that’s all that matters to me. I’m going to try to go in there and do what I do. If that consists of me sacrificing, giving Yao the ball and playing through other guys, that’s what I’ll do. I think both teams are going to benefit from this trade. I got want I wanted. Orlando got three solid players. Houston was definitely the No. 1 team on my list,” Mcgrady said.

Despite nagging injuries, McGrady remained an All-Star for three more years and became a fan-favorite in H-Town with some of the most memorable performances in franchise history.

But the first round curse followed him out West and shortly after being shut down for two weeks during the 2009 season to “get himself physically prepared for the 2nd half of the season,” the Rockets sent him packing to New York in a three-team trade that brought Kevin Martin, Jordan Hill and a couple of future draft picks to Houston.

As for Francis — one of four players (The Big O, Magic Johnson and Grant Hill) to ever average 15/5/5 in each of their first five seasons — he had a hot start in Orlando’s run-and-gun system, averaging 21/6/7 in his first season with the Magic. Then the honeymoon was over. Francis, without friend and traded teammate Cat Mobley, was being blamed for stunting the growth of second-year player Dwight Howard and constantly found himself in trade rumors, which Francis blamed on his mediocre performance. A month after getting suspended by the team for detrimental conduct and a day before the NBA trade deadline, the Magic sent him packing to New York in exchange for Trevor Ariza and the original #1 wearing Orlando Magic guard: Penny Hardaway.

“When I called him this morning, I just said, ‘Happy Birthday,’ ” said Francis’s agent, Jeff Fried. “This was like a birthday present for Steve.”

Like McGrady, nobody really remembers what Francis did in New York and from the sounds of Francis in a recent must-read interview by Slam Magazine, he doesn’t want to remember his time in the Big Apple either.

The years I didn’t have the numbers was that New York shit. There was so much shit in New York, it wasn’t even injuries, it was coaches, players. I never wanted to get involved in it. Went back to Houston, and the coach benched me. So alright, maybe it’s just time for me to be a dad. These people don’t fuck with you like that. I was like, I ain’t going to argue with that.

Both McGrady and Francis are currently retired and living in Houston. McGrady — after a brief stint playing baseball in Sugarland, TX and becoming a basketball legend in China — is still involved in basketball by appearing on ESPN’s show The Jump.

Francis is out of the public eye but can often be seen sitting courtside at Rockets games. And every time me and my friends see him, we start sharing stories about our favorite crossover, dunk or block by the man who told Slam, “Shit, I came, I saw, I conquered.” 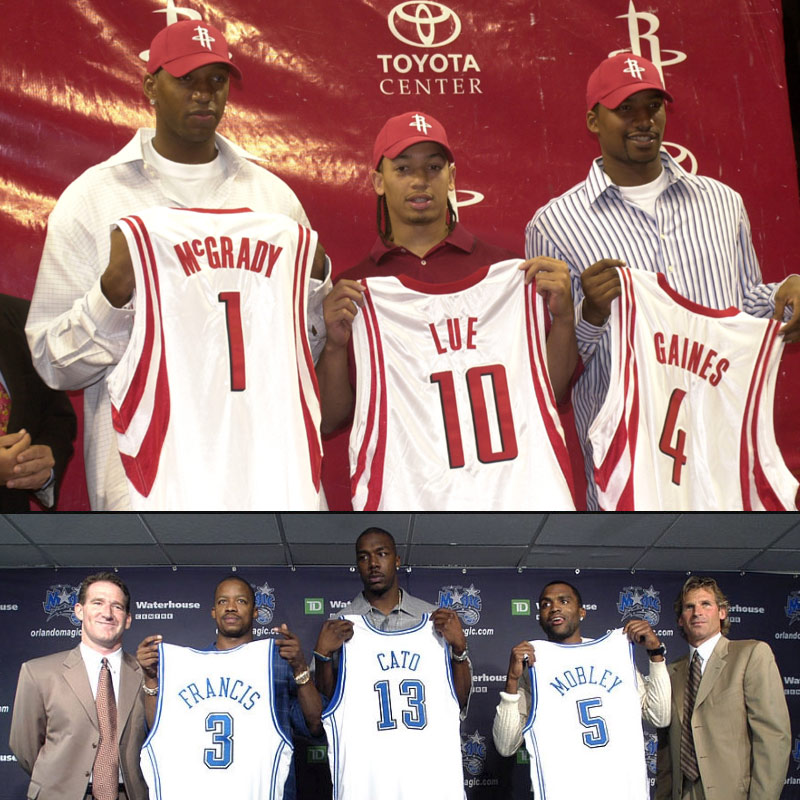 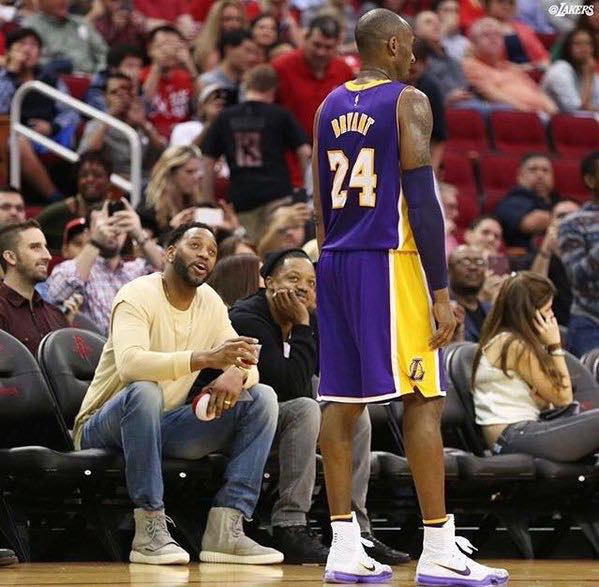