LeBron and the Cavs are probably counting down the days till the end of the year.  After losing to the Warriors on Christmas day, the Cavs were handed a 29 point beatdown by a Lillard-less Blazers the day after.

“This Portland team beat us pretty good and you have to respect them for that.” LeBron James said. “Throw it in the trash. There was nothing good we did tonight.”

The frustration of the Cavs was evident in the 3rd quarter when Iman Shumpert pushed Meyers Leonard after the two locked arms while Mason Plumlee threw down a wide-open dunk. A shocked Leonard had to take a couple o f deep breaths to prevent himself from turning into the Hulk.

Leonard had an impressive 13 points, 5 rebounds, 4 assists and 2 3-pointers in 23 minutes. 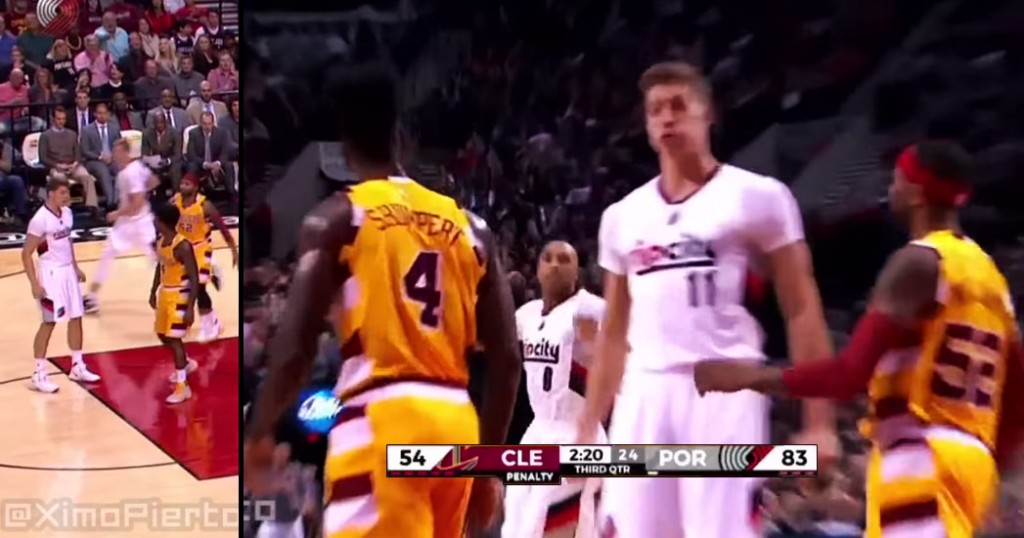