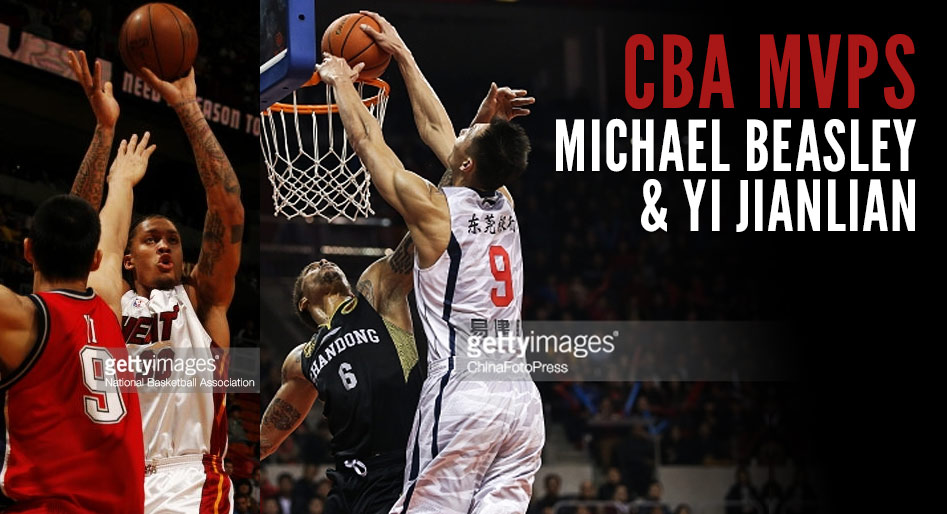 Those are 3 letters you probably never thought you would hear in front of the former NBA lottery pick. But on Monday, the Chinese Basketball Association awarded the back-to-back All-Star game MVP with the Foreign MVP award after  averaging 31.9 points, 13.2 boards, 3.8 assists and 1.3 blocks per game for the Shandong Golden Stars.

Former NBA player Yi Jianlian won his 4th consecutive Domestic MVP award after putting up 26.4 points, 9.3 boards, 2.1 assists and 1.3 blocks for Golden Tigers. Yi’s Tigers beat Beasley’s Stars in the first round of the playoffs and is currently going for his 5th CBA championship.

While Yi continues his dominance in China, a lot of NBA teams are reportedly thinking about bringing Beasley back to the US.