Down by two with 10.1 seconds left in regulation, the Bucks had the ball and a shot at beating the Warriors.

Tony Snell threw a bad inbound pass to Giannis Antetokounmpo, had it tipped by Draymond Green, Klay Thompson caught it, got fouled by NBA finals friend Dellavedova and walked along the baseline with a “I’m about to go get another Coors Light” strut while cuffing the ball.

The turnover turned Michael Beasley into a future great meme. 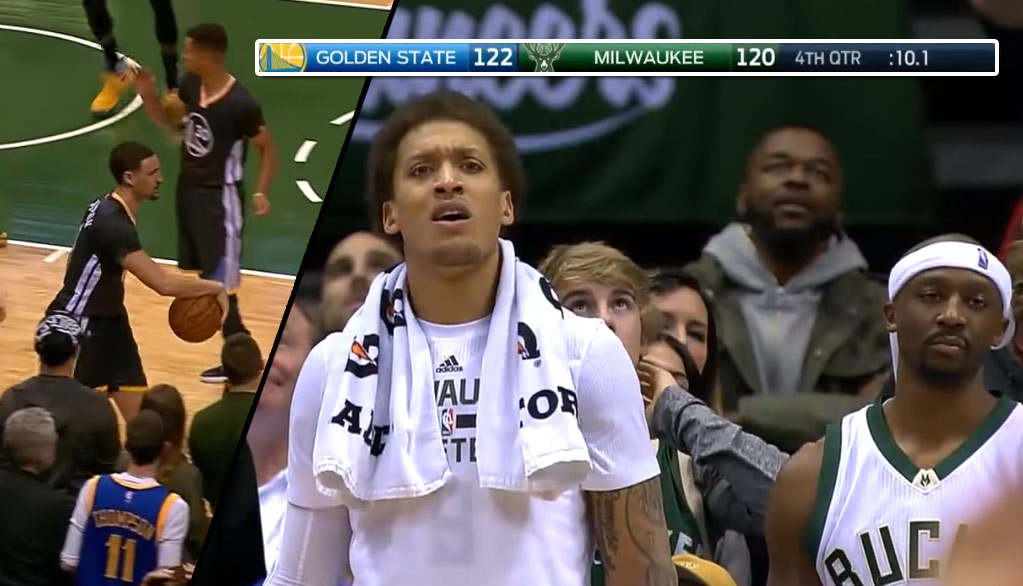 And after the game, Draymond Green said he feels “disrespected” when teams try to run a game-winning play against him.

“Definitely,” Green said. “I think that’s disrespectful to me. I take that as disrespect. Don’t go at me for game. And of course I’ll say that, and next game [they’ll] get game or something, but whatever.

“I already knew what play they were running. They have two plays that they run in situations like that. Once Giannis was down on the block, I already knew what they were running, so I was just waiting on them to pass the ball in. I wanted to make it tough and make Tony Snell think about it. I knew once he thought about it that he would throw the lob pass. Then I just went after the ball.”